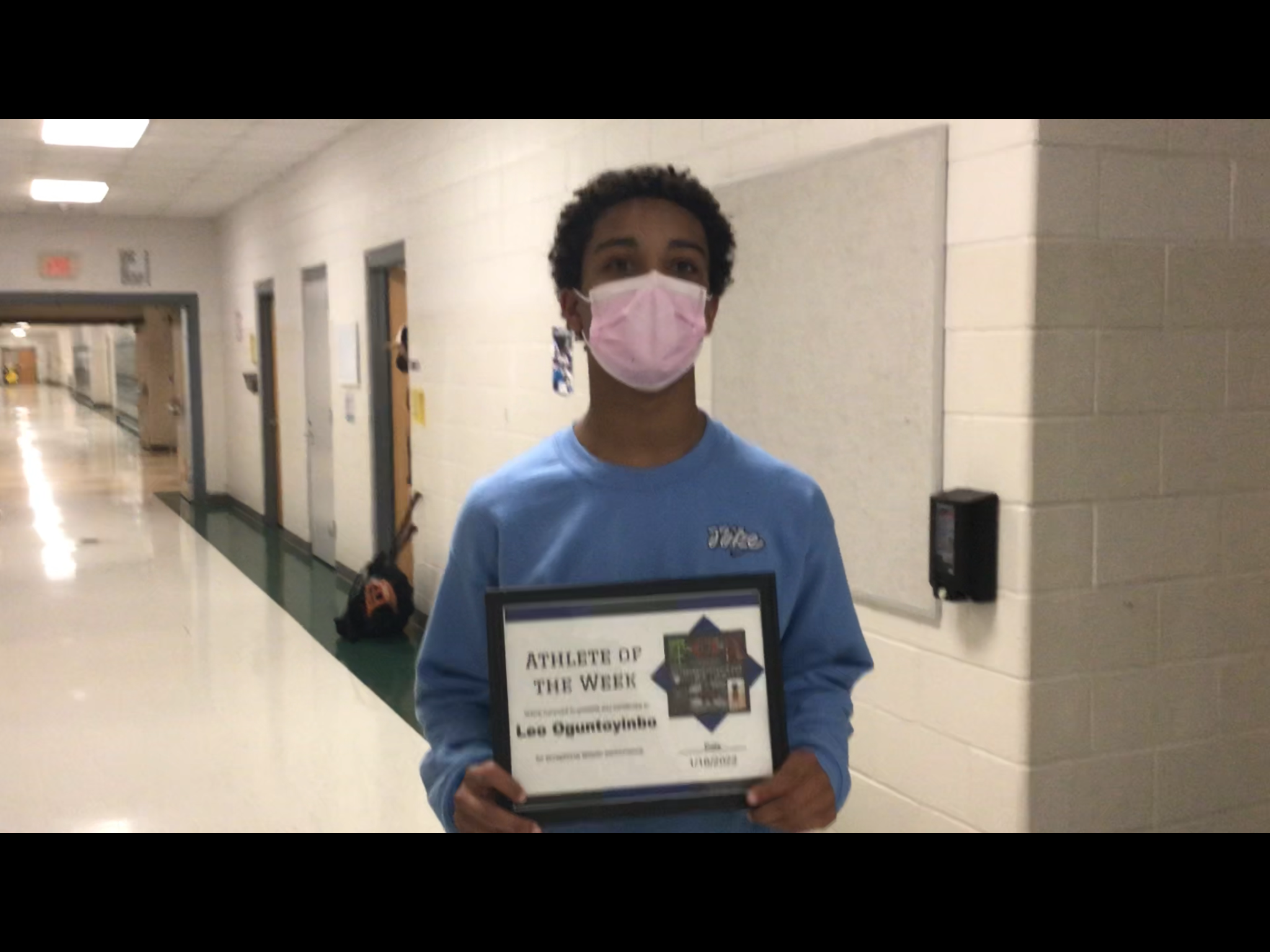 This week’s Cedar Ridge Red Wolf of the Week is freshman wrestler Leo Oguntoyinbo. This season in his first year at the varsity level, Oguntoyinbo qualified for the 3A Mideast Wrestling Regionals at 138 pounds. Oguntoyinbo immediately made a statement in his first night at the varsity level. On November 17, Oguntoyinbo won three matches in Cedar Ridge’s opening dual matches of the year. He pinned Panther Creek’s Nasir Henderson in 3:18 in his first high school match. Also that same night, he pinned Jordan’s Joshua Zacharias in 1:43. In his first Central Carolina Conference meet, Oguntoyinbo got a forfeit win over Person. Against Orange on December 8, Oguntoyinbo defeated the Panthers’ Miles Adams via pinfall in 5:56. Oguntoyinbo hasn’t even started in his best sport yet at Cedar Ridge. After the Mideast Regionals last week, Oguntoyinbo has started workouts with the Cedar Ridge lacrosse team, where he is expected to start as goalkeeper under new head coach Cole Churchill. Leo’s older brother, Roman, was the leading scorer for Cedar Ridge last season as the Red Wolves made the 3A/2A/1A State Playoffs. Cedar Ridge lacrosse will start its season at Jordan on March 1.