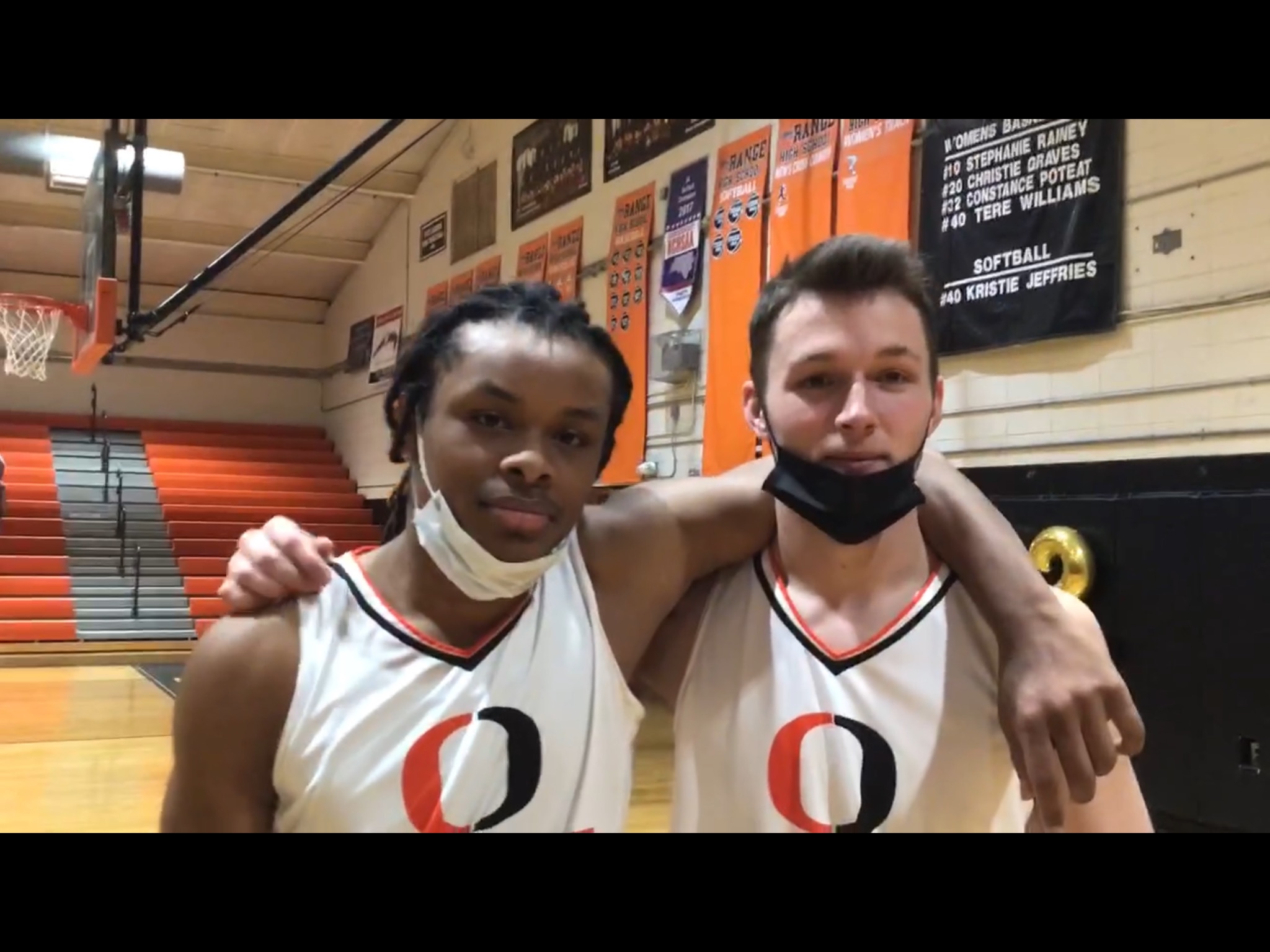 Not since the days of Logan Vosburg has the Orange men’s basketball team had a reliable low-post scorer.

It’s something that head coach Derryl Britt has struggled to find since the day he arrived in Hillsborough in 2018. Though he’s had teams filled with perimeter threats to rain in 3-pointers, sometimes at will, there’s hasn’t been a steady force in the paint.

Seymour, who had not been in double figures through the first 18 games of the season, scored a career-high 18 points to push Orange past Cedar Ridge 53-48 in the first meeting between the two teams this season at Panther Gymnasium.

The Red Wolves (4-13, 1-9), playing for the second time in two nights, were led by junior Colton Taylor, who finished with 17 points.

It was Orange’s first win over Cedar Ridge since February 1, 2019.

“Isaiah played well,” Britt said. “I’ve been waiting on it all year. At this point, with the way our season has gone, I just want a win. The kids deserve a win. Of course, they want to play Cedar anytime they play, just like they want to beat us. It’s good to beat our crosstown rival, but the picture is much bigger than just beating Cedar.”

Seymour started the fourth quarter with a reverse layup, then Thompson intercepted an inbounds pass to score on a breakaway layup. With 6:18 remaining, Seymour picked up a miss by Joshua Jackson, scored on a finger roll and was fouled by Cedar Ridge’s Cameron Harper. Thompson added another lay-in to push Orange’s lead to 40-31.

Just it when it appeared that Orange would be set to roll to a long-awaited victory, Cedar Ridge senior Garrett Ray wouldn’t let his team go quietly. Ray took a pass from Colton Taylor and drained a 3-pointer, then blocked a shot by Seymour, leading to a transition opportunity where Ray knocked down another trey. Within seconds, Orange’s lead was reduced to 40-37.

Once again, Seymour came up big when the Panthers needed offense, rebounding a miss by senior Hunter Burch and scored off the glass.

In the final four minutes, Cedar Ridge steadily made up ground at the foul line. Rawlins Taylor sank two free throws after drawing a foul on Seymour. Cedar Ridge had a chance to tie after a miss by Thompson, but Darius Corbett knocked the ball away from the Red Wolves’ Neco Clark. Corbett fed Seymour for a lay-in. Orange freshman Xandrell Pennix stole the subsequent inbounds pass and found Seymour again for another basket that sent the Orange student section into a frenzy.

After some cold shooting early, Colton Taylor found the range for the Red Wolves with two three-pointers in the opening quarter. Cedar Ridge led 15-11 after Neco Clark scored on a lay-in late in the opening frame.

The Red Wolves played a box-and-one to defend Jerec Thompson, who averages 25.1 points per game. With Colton Taylor defending him the majority of the game, Thompson didn’t hit a 3-pointer and scored nine points.

Thompson, J.J. Thompson, Burch and Joshua Jackson were honored on senior night before the game.

Cedar Ride will host Orange in a rematch on Saturday at 1PM.

On her senior night, Orange’s Aaliyah Harris scored a career-high 24 points as the Lady Panthers improved to 13-6, 5-5 in the Central Carolina Conference. Another senior, Haley Reynolds, had a career-high seven points.