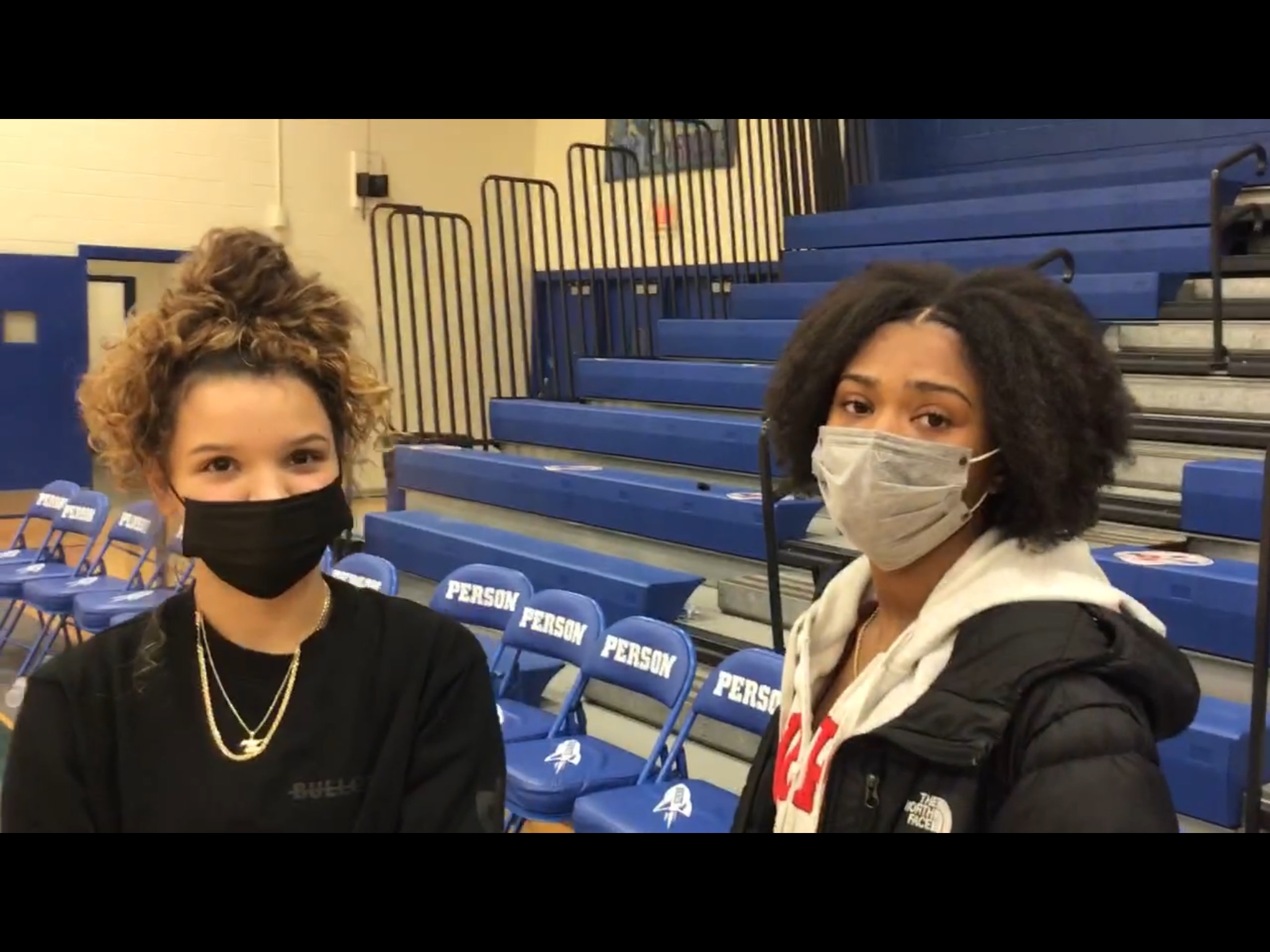 It wasn’t easy, but the Orange women’s basketball team defeated Person 51-39 inside Rocket Gymnasium in Roxboro on Tuesday night. It was another big night for the Wonder Twins, Aaliyah Harris and Jarmil Wingate. For the first time this year, Wingate led Orange in scoring with 13 points. Wingate also added nine rebounds, narrowly missing her first double-double of the season. Harris had nine points and nine assists as Orange completed a season-sweep of the Rockets. Harris and Wingate have been teammates since they were in middle school. They were on the varsity together as freshmen, when Orange won 19 games in 2018-2019. They haven’t been in a state playoff game in two years. Currently, the Orange women are ranked #11 in the 3A East Region, which helps its chances of hosting a game in the state playoffs later this month. On Friday night, Orange will host Northwood, then will travel to Western Alamance on Saturday afternoon. Senior night for Orange against Cedar Ridge will be held on February 9 at Orange High Gymnasium.