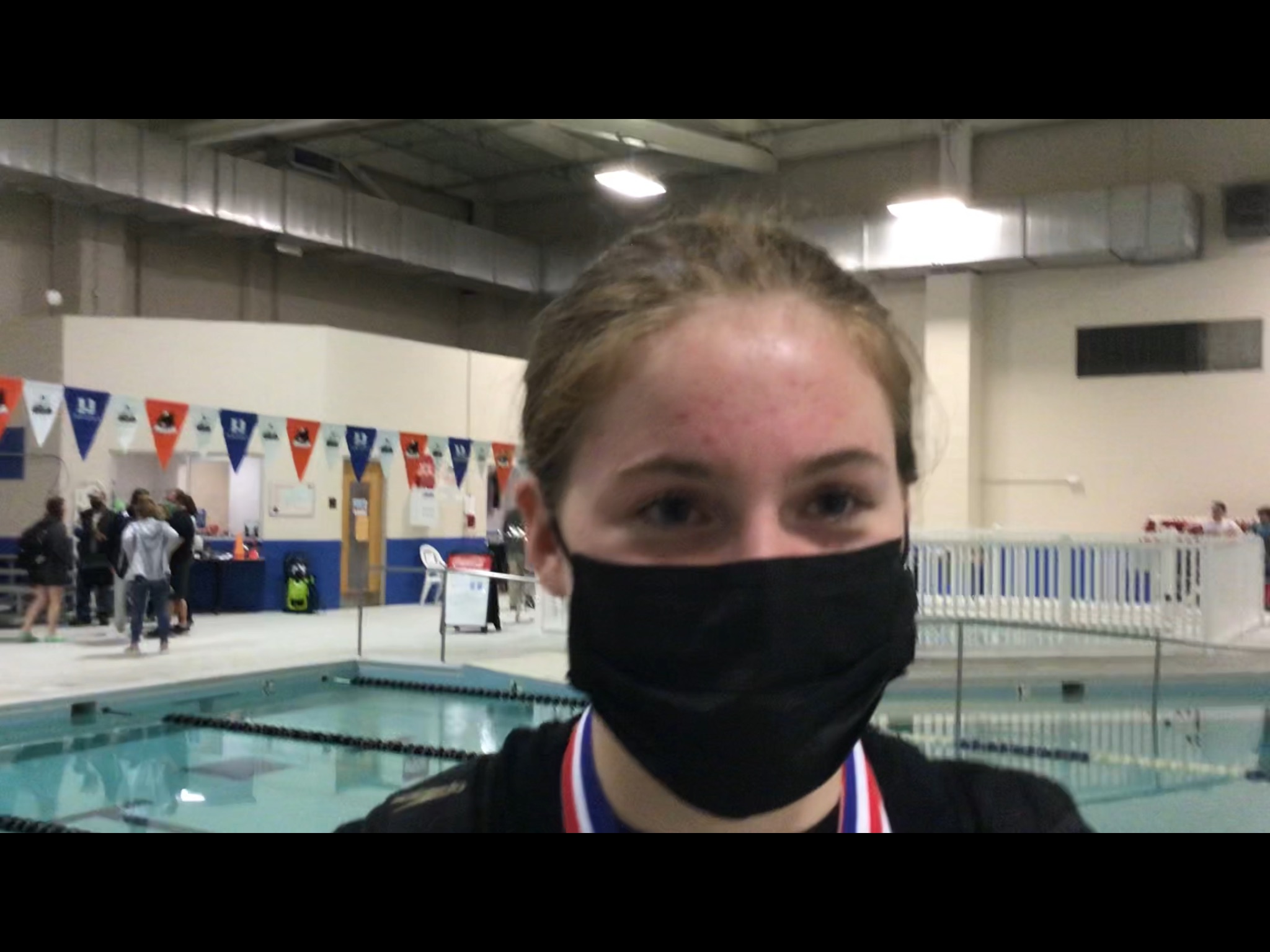 This week’s Cedar Ridge Red Wolf of the Week is freshman swimmer Sophia Stinnett. Last Thursday, Stinnett claimed the Central Carolina Conference championship in the 200 yard freestyle, finishing first at 2:05.28 during the Central Carolina Conference Championships at the Orange County Sportsplex. Stinnett has been swimming at the SportsPlex since she was five years old. It’s more than just a sport to her, it’s part of her life. She trains two hours a day each day. Earlier this month, Stinnett teamed with Olivia Aitkin, Quinn McCrimmon and Abbygale Pearce to set a new school record in the 400 yard freestyle relay at 4:14.69. They also automatically qualified for the 3A Central Regionals, which will take place this Saturday at the Greensboro Aquatic Center. In addition, Stinnett qualified for regionals in the 100 yard freestyle. On January 6, she finished second during a dual meet with Orange, Northwood and Walter Williams with a time of 57.18 seconds. Stinnett helped the Cedar Ridge women’s team finish 3rd in the Central Carolina Championships with 308 points on Thursday night.