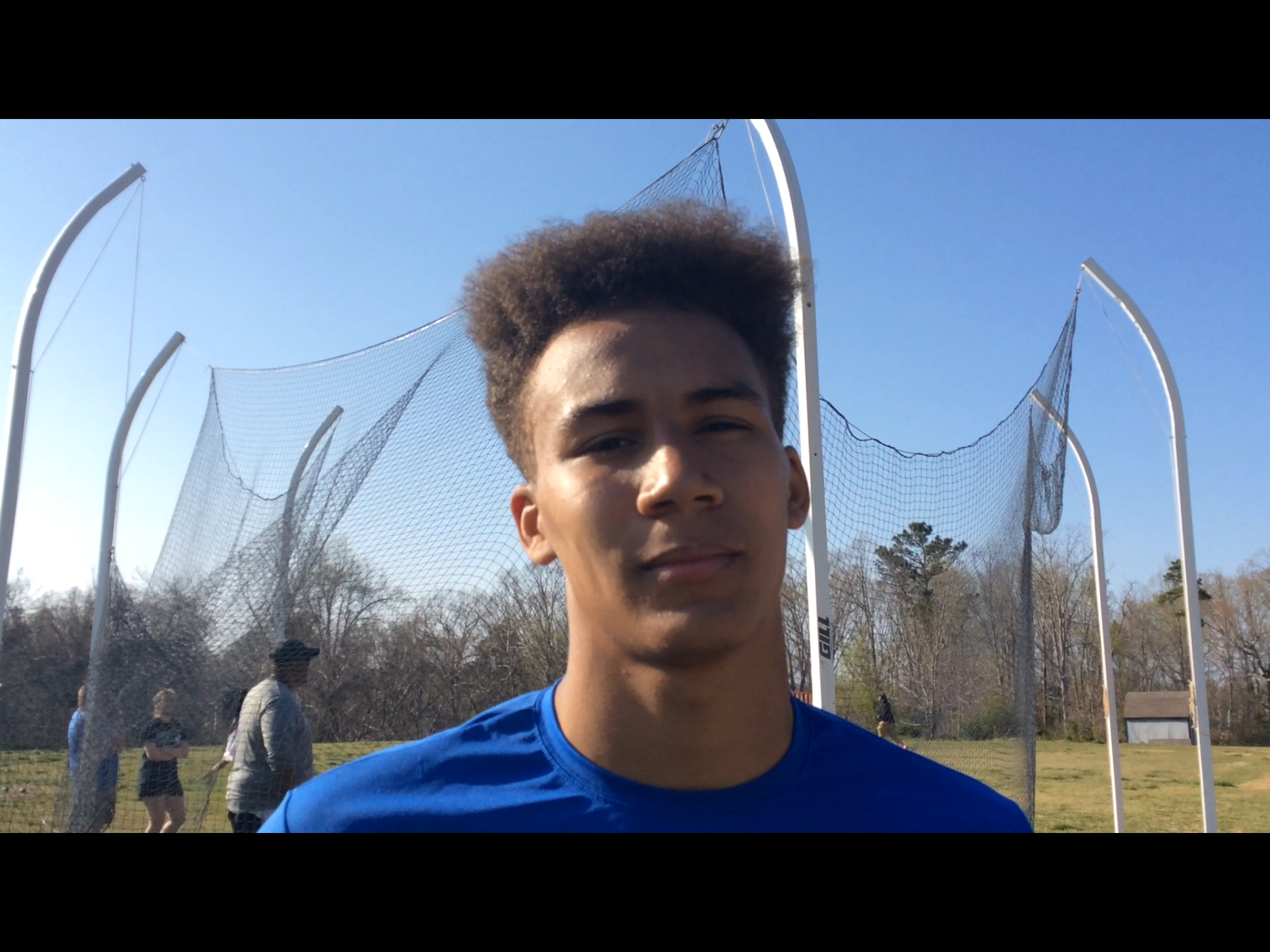 Jamar Davis: One of the most versatile performers in Orange High history has made his return to the N.C. State Track & Field team. Jamar Davis returned at the Virginia Tech Invite in Blacksburg, VA on January 14. Davis competed in the triple jump, where he had a leap of 15.21 meters, the 18th-best mark in the NCAA this year. In the long jump, Davis finished 3rd at 7.67 meters, the fifth-best mark in the country and the eighth best in N.C. State history. Davis is a 2018 Orange High graduate. In his final meet at Orange, he was named the Most Outstanding Performer at the 3A State Championships at North Carolina A&T University. In his senior year, Davis won the 3A State Championship in the long jump and the triple jump. In addition, Davis was the leading scorer on the men’s soccer team in 2017, arguably the best team in school history. Davis helped Orange win over White Oak in Jacksonville in the opening round of the 3A State Playoffs. Also, Davis wrestled for three years and compiled a record of 73-28 with 40 pinfall victories. In his sophomore year, Davis was in the final individual match against Northwood with the Chargers leading 36-34. Davis defeated Northwood’s Luke Orbich 19-4 for a technical fall, and Orange won the dual match 39-36. The Panthers went on to win the Big 8 Conference Championship. Davis missed last season, but qualified for the ACC Championship in 2019 in indoor and outdoor track and field in the triple jump.

Marvin Jones: The North Carolina Central men’s indoor track and field team started its season last month. Jones, a former Cedar Ridge All-Big 8 Conference performer, finished second in the men’s high jump at the Winston-Salem College Kickoff at the JDL Fast Track on December 5. Jones’ best jump was 2.11 meters. It was the first event for Central’s indoor team in 644 days. On Sunday, the Eagles returned to action in the JDL Flat is Fast Invitational, also in Winston-Salem. Jones won the event with a leap of 2.08 meters, the best among 22 other competitors, including schools like South Carolina-Upstate, Davidson, UNC Pembroke and Mars Hill.

Connor Crabtree: The Richmond Spiders men’s basketball team defeated La Salle 64-56 at Tom Goal Arena in Philadelphia on Saturday. Crabtree came off the bench to play two minutes. It was Richmond coach Chris Mooney’s 300th win. On January 18, the Spiders defeated Fordham 83-70 at Rose Hill Gym in Bronx, NY. Crabtree scored three points, scoring his only basket off a 3-pointer. He played eight minutes. The Spiders are 12-7 overall, 3-3 in the Atlantic 10. They travel to Rhode Island on Tuesday

Joey McMullin: The Sandhills Community College men’s basketball team is back in the National Junior College Athletic Association Division III poll, ranked #15. Not only that, but the Flyers have won five in a row after beating Lenoir Community College 94-78 in Pinehurst on Saturday. McMullin played 16 minutes and scored four points in the victory over the Lacers. He shot 2-of-6 from the field. McMullin also grabbed four rebounds and recorded an assist. Sandhills is 15-6 overall, 4-0 in Region X. The Flyers will face Central Carolina Community College in Sanford on Wednesday.

Braden Homsey: On Friday, the Division III Ferrum College wrestling team lost to Averett 35-3 at the Grant Center in Danville, VA. Homsey was the only Panther to win his match on the day. Competing at 197-pounds, Homsey defeated Averett’s William Baldwin 16-1, earning a technical fall. Ferrum is 5-5 in dual matches this season. Next weekend, they will compete in the Pete Wilson Invitational in Wheaton, IL.