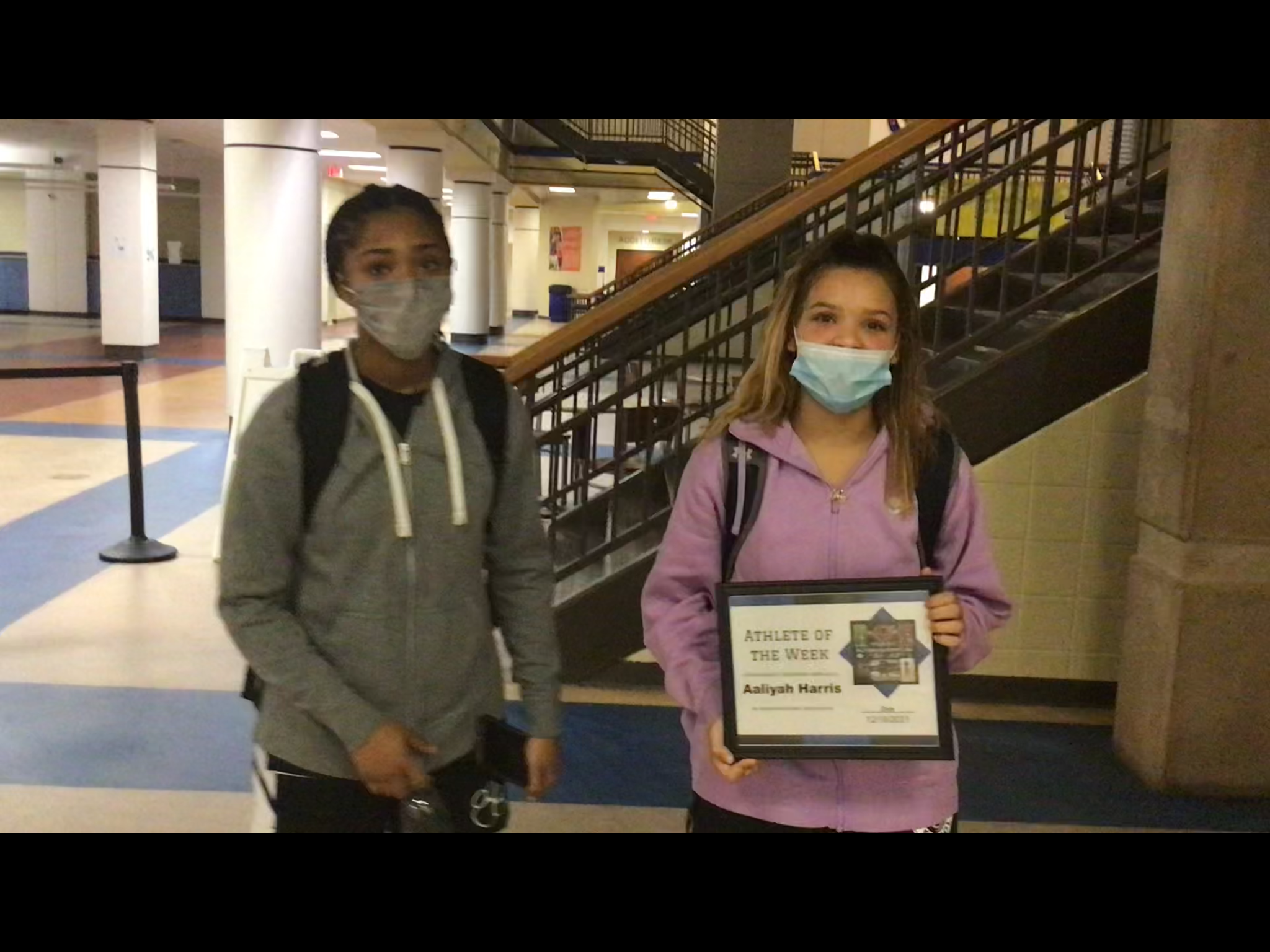 After the Orange women’s basketball team finished undefeated in the Eastern Guilford Holiday Basketball Showcase, two seniors and a freshman were selected as outstanding performers in the event.

Point guard Aaliyah Harris, forward Jarmil Wingate and freshman guard Evelyn George were honored for their performances. The trio was selected by participating coaches in the event, which included six teams. Orange and their Central Carolina Conference rival Walter Williams were the only teams to emerge from the three-day event undefeated in Gibsonville.

Harris averaged 18.6 points over the three-day event. George came off the bench to finish in double figures in all three games, averaging 11.3 points per game.

The only day where Orange received a serious challenge came against Reidsville on December 27, where the Lady Panthers pulled away 71-45. Harris led all scorers with 22 points against the Rams. In the second half, the Lady Panthers built a 42-26 lead with 4:50 remaining, only to have the Rams roar back to make it a 44-40 game following a 3-pointer by Gracious Walker. Orange calmly finished the game on a 27-5 run, which included eight points from Harris in the fourth quarter.

The following night, Orange played the last of six games on the day with a 67-30 victory over Eastern Guilford. It was another strong game for Harris, who scored 20 points to lead all scorers. Wingate, who is listed at 5’4″, has been pressed into duties as a center at times this season because of injuries to juniors Erin Jordan-Cornell and Katelyn Van Mater. Against Eastern Guilford, Wingate tied her season high with eleven rebounds. She also had seven points, four steals and three assists.

Evelyn George, who basically became a sixth lady for Orange in the final games of 2021, had another strong fourth quarter against Eastern Guilford. George scored eleven points, all in the second half. Samantha George added 12 points and eight rebounds.

Orange put three players in double figures. Harris and Evelyn George each had 13 points to lead all scorers. It was the first time in George’s career that she led Orange in scoring.

Wingate played a vital role on defense in limiting Northeast Guilford to just four field goals in the first half as Orange took a 34-12 lead to the locker room at halftime. Wingate added four points, five rebounds, an assist and a steal.

Samantha George scored ten points against Northeast Guilford. George has scored in double figures in six straight games and nine out of 12 this season for the Lady Panthers.

This was the first time that Orange played at Eastern Guilford for its holiday tournament. In recent years, the Lady Panthers have played in the Eastern Alamance Holiday Hoops Tournament or the Granville Central Holiday Invitational, where they finished 2nd in 2018-2019.

Orange is currently 9-3, 1-2 in the Central Carolina Conference. They’re set to resume its season against Cedar Ridge next Thursday inside Orange Gymnasium.

To show how deep the Central Carolina Conference is, Orange is currently #19 among 3A East teams in the MaxPreps rankings. Three CCC teams are ranked ahead of the Lady Panthers. Northwood, who defeated Orange in Pittsboro on December 4, is #3. Williams, who knocked off Orange 74-50 in Hillsborough on December 17, is #8. Eastern Alamance is #12.