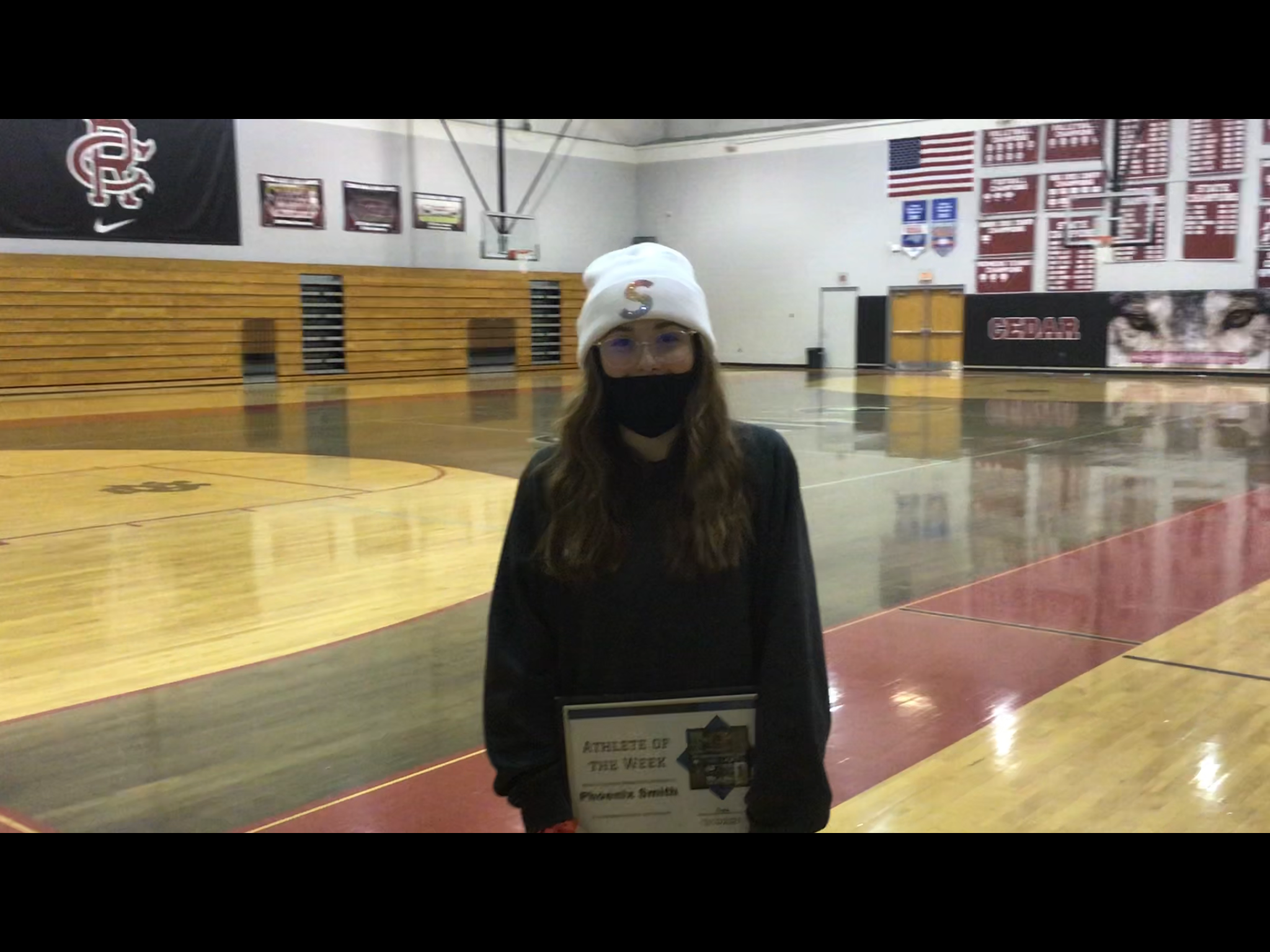 This week’s Cedar Ridge Red Wolf of the Week is senior basketball guard Phoenix Smith. On December 6, Smith scored on a baseline shot with three seconds remaining off a feed from Julie Altieri to defeat Northern Durham 45-44. The victory ended a 26-game losing streak for the Red Wolves women’s basketball team. The following week, Cedar Ridge defeated Raleigh Charter 30-20, where Smith scored seven points. Even during the toughest of times, Smith has remained dedicated to Cedar Ridge basketball. Last winter, because of Covid and injuries, the team often only had five players. Smith was the starting point guard and went forward with games knowing she wouldn’t be substituted. This year, Smith was a member of the 3A State Championship volleyball team for Cedar Ridge. She walked under the spotlight at Reynolds Coliseum and was introduced in front of over 1,000 fans as the Red Wolves faced North Iredell in November. Smith is also a track and field runner in the spring. In addition, she is active with the Fellowship of Christian Athletes and is a three-sport athlete at Cedar Ridge.