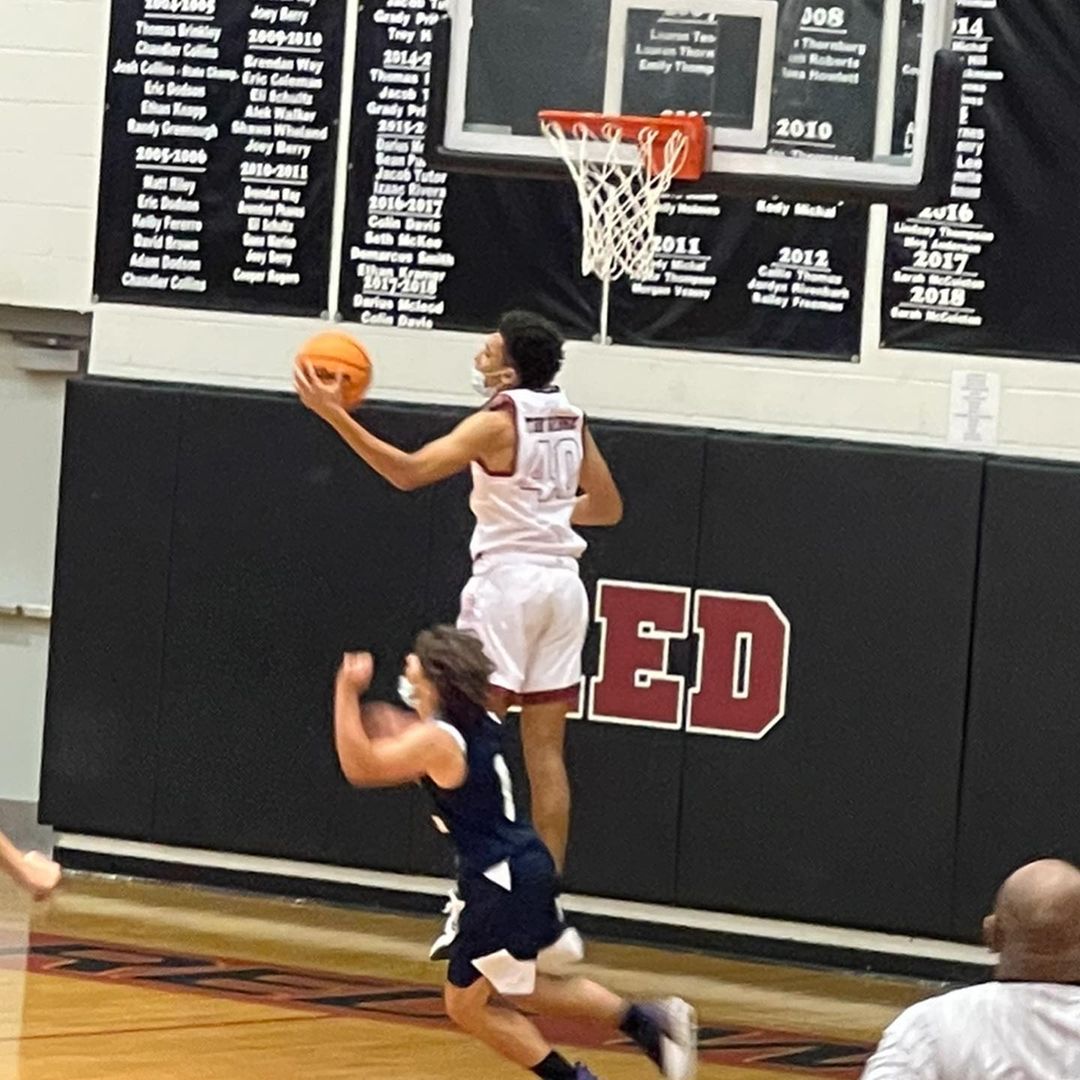 The Cedar Ridge men’s basketball team is now off to its best start in five years.

Behind 16 points from senior forward Rawlins Taylor, the Red Wolves easily rolled past Raleigh Charter 55-37 on Monday night at Red Wolves Arena. Cedar Ridge (3-4) kept the Phoenix scoreless in the opening 6:47 and rolled out to a 12-0 lead to start a wire-to-wire win.

The last time the Red Wolves had a better beginning to a season, it was the 2016-17 squad that started 3-2.

Raleigh Charter (0-3) was led by Colin Smith, who finished with 15 points.

Coming off losses to Western Alamance, Northern Durham and Person last week, the Red Wolves used its quickness to beat the Phoenix off the dribble. Neco Clark, Garrett Ray and Colton Taylor each had two field goals in the first quarter as the Red Wolves kept Raleigh Charter playing catch-up the entire game.

Clark threw down two dunks in the first half to put a jolt in the student section. Cedar Ridge placed three players in double-figures. In addition to Taylor, Ray added 13 points. Clark finished with a season-high ten points.

Cedar Ridge led 30-14 at halftime. Smith had eight of the Phoenix’s 14 points. Raleigh Charter center Sam Benjamin was the only other Phoenix in double figures with 12 points.

Since Cedar Ridge will not play in a Christmas tournament, this will be the final week of the 2021 calendar year for the Red Wolves. It will be an active one. The Red Wolves will travel to East Chapel Hill on Tuesday night in another nonconfernece game. Cedar Ridge defeated the Wildcats 39-32 on December 3. East Chapel Hill has not played since that game.

On Friday, Cedar Ridge will return to conference action against Northwood in Pittsboro. The Chargers, who played Weddington for the 3A State Championship last March, are 5-1 and captured its Central Carolina Conference opener over Orange 64-48 on December 4.

The Cedar Ridge women’s basketball team has officially surpassed its win total from the past two seasons combined.

Raleigh Charter’s Sophie Embry had seven points and 18 rebounds to lead the Phoenix.

After Raleigh Charter’s Sophie Wilson hit a jump shot to put the Phoenix ahead 2-1, Cedar Ridge held Raleigh Charter scoreless for the final 7:45 of the first quarter. Smith put the Red Wolves in the lead after a lay-in to trigger a 9-0 Red Wolf run. A minute later, Smith set up a 3-pointer by Altieri. To conclude the first quarter, Grace young sank a 3-pointer on a pass from Altieri to put the Red Wolves ahead 10-2 at the end of the first frame.

Cedar Ridge will travel to East Chapel Hill on Tuesday night. On December 3, the Red Wolves led by six points with 4:00 minutes remaining, but the Wildcats finished the game on a 13-0 run to win 39-32.