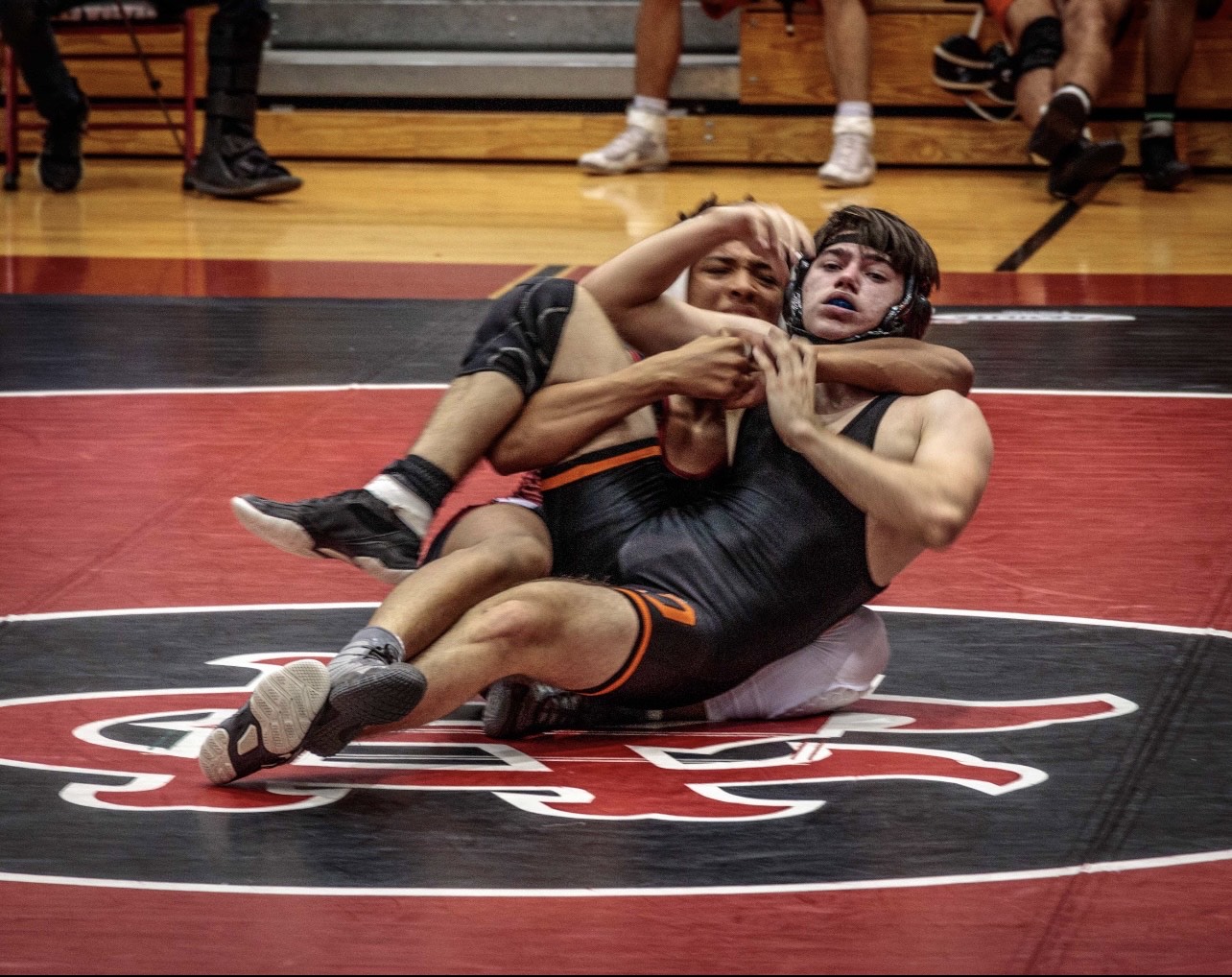 Going into Christmas, the race for the Central Carolina Conference wrestling championship has come down to Orange, Northwood and Eastern Alamance.

Despite losing to Orange last Wednesday, Cedar Ridge defeated Jordan-Matthews 72-4 and edged Providence Grove 37-31 during the tri-meet. The Red Wolves are 9-7 overall after splitting two dual matches during another tri-meet at Wakefield High in Raleigh on Thursday night.

Orange will travel to Northwood on January 4 in a dual match that could determine the CCC championship.

Against the Red Wolves, Orange’s three individual champions in the JKO each captured wins. Acoya Isley pinned James Este Wittinger in 1:14 at 195 pounds. At 220 pounds, Orange’s Elijah Acosta earned a decision over Cedar Ridge’s Joe O’Melia 10-4. Acosta, in his first season as a starter, currently has a 12-1 record with seven pins. At heavyweight, the Panthers’ Hugo Vazquez defeated Louis Tedder 5-1.

Last season may have been one of the first times that Orange didn’t have a competitor at 106 pounds. This season, Adrain Sierra has filled that void, and he earned two pins for Orange in Lexington. Heffernan had three pins at 120 pounds, while Braden Crawford scored three pins at 126. Womble and Vazquez each added two wins to their season total. Vazquez is 9-1 with six pins.

On Friday, Orange will return to the Tiger Holiday Classic, a two-day event that brings together teams from across the southeast. Traditionally, it’s one of the major tournament in the southeast that didn’t take place last December due to the pandemic.

Also on Thursday, Cedar Ridge participated in the Wakefield tri-meet. The Red Wolves defeated Sanderson 60-9, but lost to Wakefield 51-27.

Martinez improved his season record to 17-2 with a pin of Wakefield’s Lincoln Froh in 2:53. Against the Spartans, Martinez pinned George Sessions.

Cedar Ridge will go to Knightdale next weekend for the two-day WRAL Invitational at Knightdale High School. The event will also include a women’s tournament, which will feature Cedar Ridge’s Zoey Moreno, which earned two wins during the Red Wolves Invitational last month.