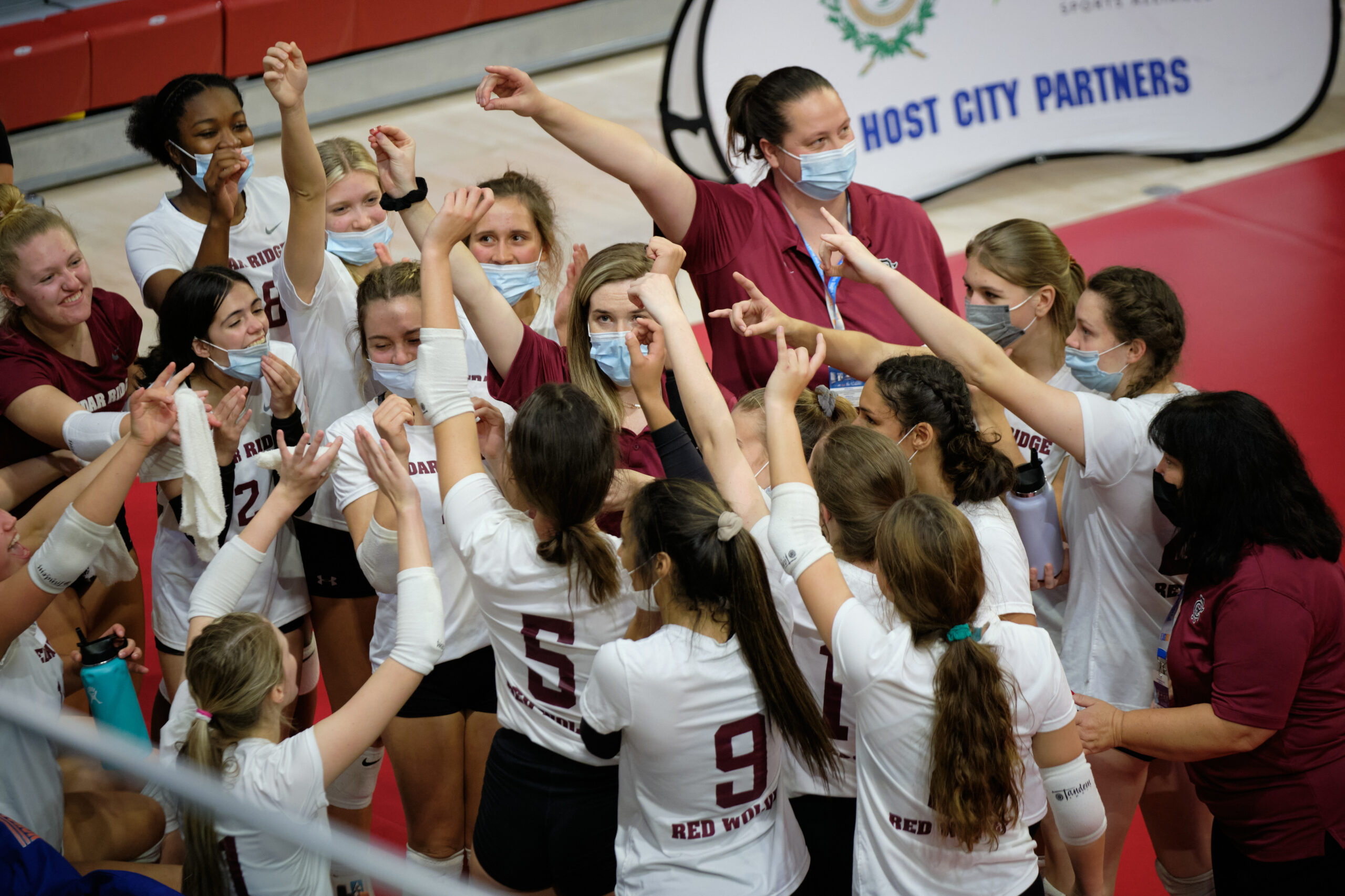 What do you do the morning after you’ve coached a volleyball team to its first 3A State Championship?

Though the jubilation of Cedar Ridge’s victory over North Iredell for the 3A State Championship at Reynolds Coliseum in Raleigh was still vibrant within her body, Cunningham attended a private session in Chapel Hill hours later on a Sunday morning.

Cunningham, in her second year at Cedar Ridge, has been named the Central Carolina Conference Volleyball Coach of the Year. This season, in a league that was the toughest in the 3A East Region, Cunningham led the Red Wolves to a perfect 12-0 record and its second straight conference title. The Red Wolves set a school record with 31 wins and became the first female team in Cedar Ridge history to win a state championship.

Through two years as head coach at Cedar Ridge, Cunningham has a 40-3 overall record, 20-0 in conference games.

Lloyd set a single-season school record for kills with 360. Early in the season, Lloyd was honored for surpassing 500 career kills. She was also 2nd on the team with 65 aces and registered 239 digs (also 2nd on the team). Lloyd’s final kill of the season was on match point against North Iredell, which set up a wild celebration at Reynolds Coliseum with hundreds of Cedar Ridge fans in attendance.

Lanier joined Lloyd on the NCVBCA 3A All-State team. She was second on the squad with 245 kills. Lanier also finished with 39 blocks, which was second on the team behind sophomore Addie Reid. Lanier had a season-high 16 kills against Northwood on September 28 in Hillsborough. Lanier had a six-game string of double-digit kills, starting with Person on August 31. In the state championship match, Lanier had 12 kills, seven digs, two blocks and an ace against the Raiders. Lost in the celebration of winning the state championship was the fact that Lanier also surpassed 500 career kills.

Altieri, in her third year as a starter, constantly kept opposing teams off-balance by being a left handed server who notched several milestones of her own. She set a single-season record with 717 assists. Against Eastern Alamance on September 9, she surpassed 1,000 career assists. Altieri concluded the season with 1,499 assists. Currently, Altieri is playing her first season of high school basketball. On Monday, Altieri assisted on a game-winning shot by senior Phoenix Smith as Cedar Ridge defeated Northern Durham to end a 26-game losing streak.

For Orange, Van Tiem led the Lady Panthers with 117 kills. She had a season-high 19 kills in a 3-1 win over Southern Alamance in Graham on September 1. Van Tiem had six games with double-digit kills, including eleven kills against Western Alamance on September 23.

Porter led Orange with 299 digs. She also had eleven aces, which was second on the team behind Caitlin Carden’s 21 aces. Porter had a season-high 48 digs against Southern Alamance on September 1, and later had 35 digs against the Patriots on September 22 in Hillsborough. She had seven games with over 20 digs this season for an Orange team that defeated West Johnston in the opening round of the 3A State Playoffs. It was the Panthers first postseason win under head coach Kelly Young.