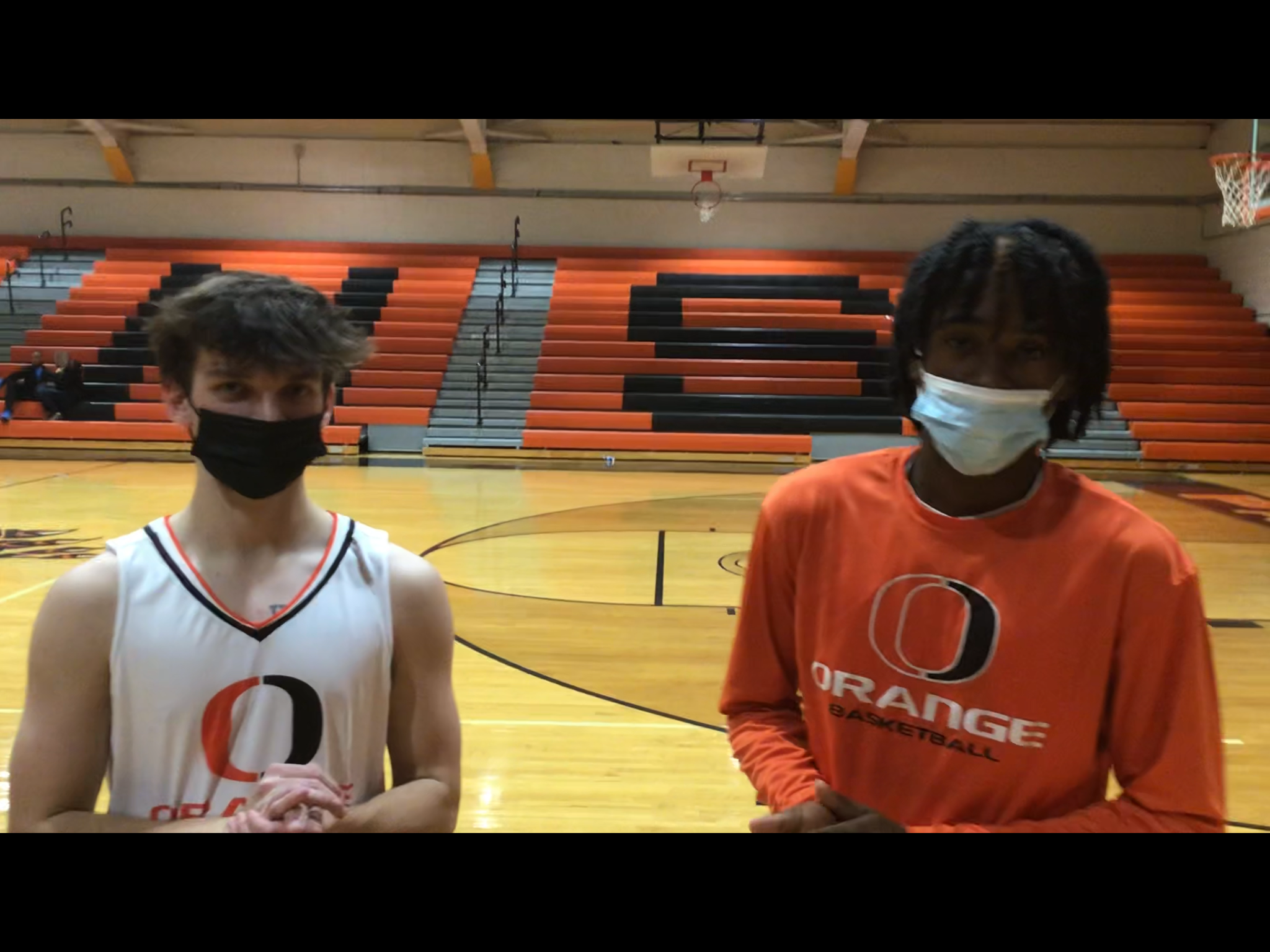 Not only did the Orange men’s basketball team win its first home game of the season on Tuesday night. They became the first team to defeat Carrboro this season. The Panthers held off the Jaguars 61-58 at Panther Gymnasium. Senior guard J.J. Thompson save his best for last, scoring all nine of his points off three 3-pointers in the final five minutes. The biggest came with 2:26 remaining when Thompson drilled a 20-footer following a sweet crossover that shook the Jaguars point guard. Senior guard Joshua Jackson hit three big free throws in the final minute as Orange improved to 2-3. Jackson started with five points in the opening quarter. Senior guard Jerec Thompson led all scorers with 27 points, including 21 in the first half. Orange will return home to face Riverside on Friday night in Hillsborough.