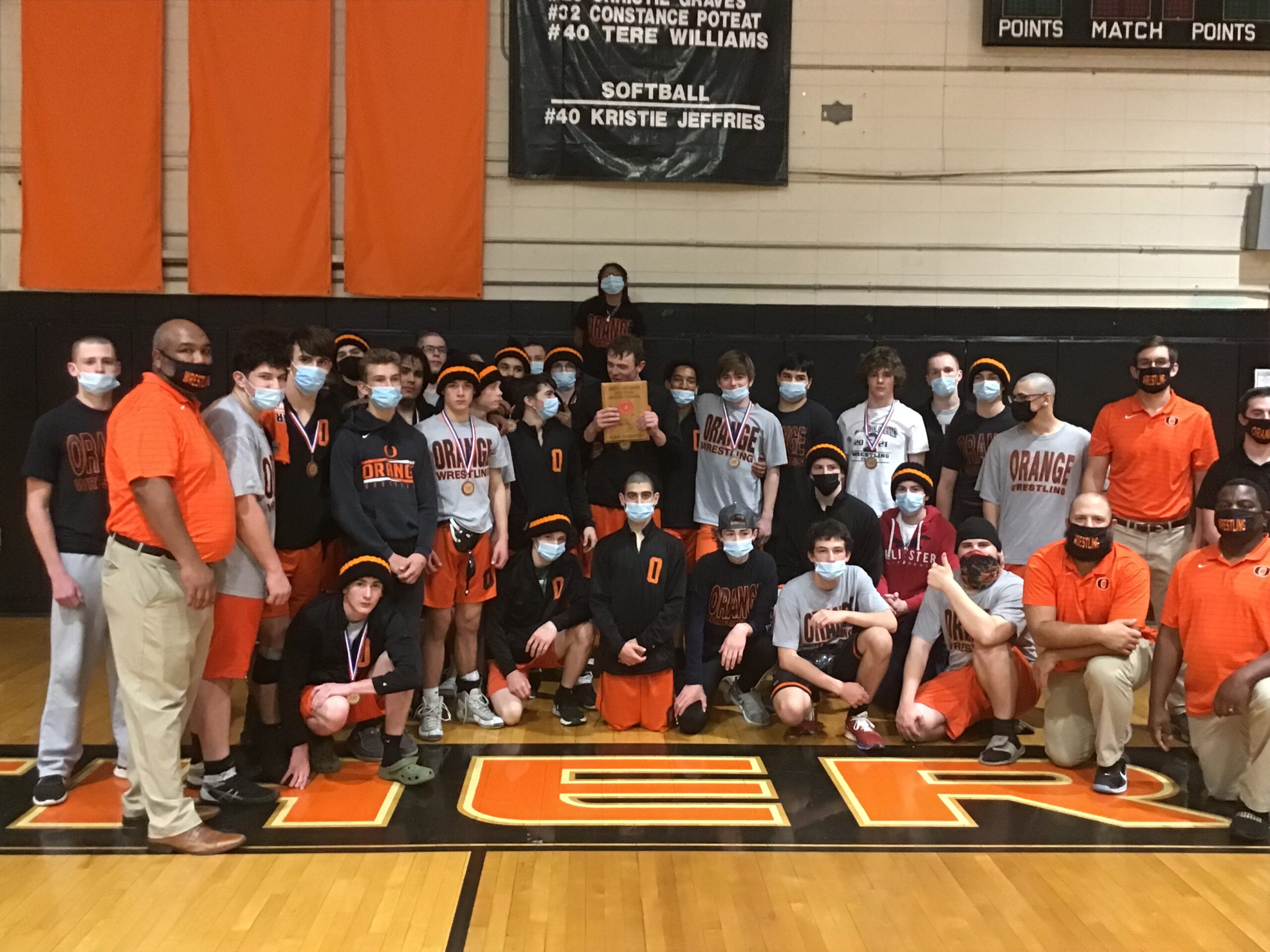 In 2020, there were many local traditions that temporarily fell by the wayside because of the pandemic.

Locally, the Jim King/Orange Invitational Wrestling Tournament is a staple at Orange High School during the first weekend in December. Dating back to 1980, some of the best wrestling teams across central North Carolina journey to Hillsborough for the one-day tournament. But the only activity inside Orange’s gym last December was volleyball.

This year, the JKO returned with 13 teams. And Orange returned to the top of the standings.

Behind eleven wrestlers who placed in their respective weight classes, the Panthers finished first with 195 points to win the 40th JKO Invitational on Saturday afternoon. Cardinal Gibbons, who captured the 2019 championship, came in second with 154.5 points. Cary, which has won 21 JKO team championships, finished third with 148 points. Riverside finished with 115.5 points.

It was the tenth time that Orange won the JKO Invitational.

At heavyweight, the Panthers Hugo Vazquez defeated Person’s Trevquan Gray 8-2 in the final match of the afternoon. Vazquez, who wrestled at Stanford, didn’t start in his eighth grade season for the Chargers. Three years later, he claimed his first tournament championship.

“It was good to have some first-year guys come through,” said Orange wresting coach Spenser Poteat. “We have some older guys and some younger guys in the lineup and it was refreshing to do this tournament after not having it last year.”

It was an impressive bounce back for Orange from the 2019 JKO, when not one Panther placed in a championship final for the first time in the history of the event. On Saturday, six Panthers reached the championships of their respective weight classes. Along with Vazquez, Acosta and Isley, Braden Crawford (126), Samuel Crawford (152) and Andre Hill (160) all finished in second place.

In the opening month of the season, Poteat and his staff has worked to develop a younger team that lost four wrestlers who qualified for the 3A State Championships last June. Among them was Kessel Summers at 120 pounds, who racked up 115 wins in his Orange career. Hayden Horne (who finished 4th in the state at 220 pounds), Matthew Smith-Breeden, and Henry Joubert-Stanzel also graduated last summer.

Of the three Orange grapplers who won individual championships, only Vazquez has started for Orange in his career. Vazquez competed at 220 pounds in the abbreviated 2021 season last summer.

Isley, who competed at Gravelly Hill Middle School, scored an immediate takedown against Wall in the championship match and used a vice-like grip to keep Wall from escaping. Isley recorded back points as the first period wound to a close to go ahead 6-2. In the second period, Isley started from the bottom and quickly gained a reversal to build an 11-3 lead. Isley finished him off with a pin.

“Acoya has continued to get better every week,” Poteat said. “He knows what our goals are he continues to work towards them.”

In the 220 championship, Dunning nearly got a takedown on Acosta in the early seconds, but Acosta escaped and gained Dunning’s back for the opening takedown. Dunning struggled to find an opening after Acosta quickly gained an escape point to start the third period. Acosta scored a double-leg takedown to take a 5-2 lead in the second. Acosta clamped on a waist lock to haul Dunning to the mat and eventually prevailed 12-5 for his first high school tournament championship.

The opening period of the heavyweight championship match went scoreless between Vazquez and Gray. After Gray gained an early escape point in the second period, Vazez hooked Gray’s arm and secured a trip takedown that led to back points and a 5-2 lead. Vazquez was fresher down the stretch as Gray couldn’t shoot in for a takedown.

“Hugo has come a long way,” Poteat said. “He’s worked hard and we enjoy having him lead this team as a junior.”

Orange’s Dillon Heffernan pinned Paul Vogel of Bartlett-Yancey in the 3rd place at 126 pounds match in 1:41. Heffernan opened the tournament pinning Vogel in the first round in 1:40 before losing to the eventual champion, Cardinal Gibbons’ Liam Hickey.

The Panthers will return to dual match mode on Wednesday when they face Cedar Ridge, Jordan-Matthews and Providence Grove in a quad match at Red Wolves Arena. The Panthers are tied with Northwood for 1st place in the Central Carolina Conference with a 3-0 record. Orange has defeated Person, Walter Williams and Western Alamance in the opening month of the season as they pursue its 18th conference championship in 19 years.