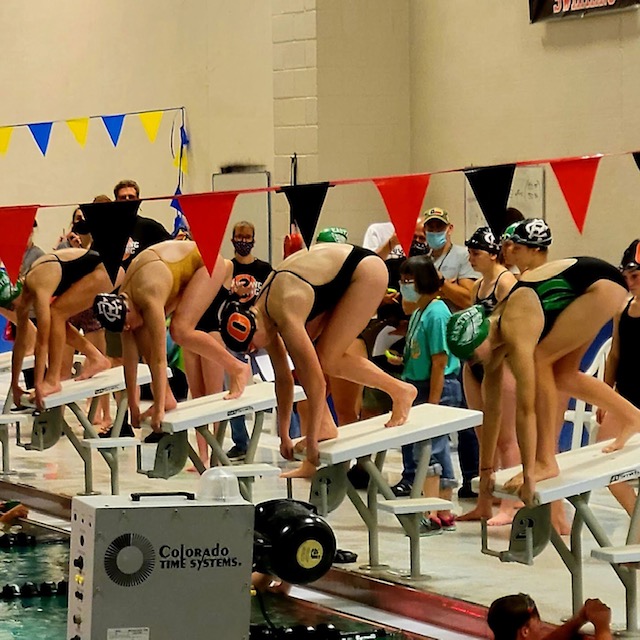 After winning the 3A Central Regional championship earlier this year, Orange’s Katie Belle Sikes has already qualified to defend her title in the 50 yard freestyle.

The only difference is this time she got to do it in a bona fide swimming meet.

Last week at the Orange County SportsPlex, Sikes qualified for the 3A Central Regionals in four different events during a meet that included Cedar Ridge and Eastern Alamance.

Last February, Sikes finished 2nd in the 50 yard freestyle at the 3A State Championships in Raleigh. She won the Central Regional championship in the same event. However, during the pandemic, Sikes didn’t get to experience a standard meet with other competitors beside her because of the pandemic. She competed only against the clock while adjacent lanes remained empty. Often she was the only person in the pool.

Stinnett won the 100 yard backstroke, qualifying for regionals at 1:07.66

Cedar Ridge freshman Matthew Czar qualified for the regionals in the 200 yard freestyle, along with two other events. In his first high school race, Czar finished first as he touched the wall at 2:01.40, narrowly beating Orange’s Nick Baczara by two-tenths of-a-second.

Another Cedar Ridge freshman, Alexander Hill, earned a bid for regionals in four different events. In the 200 yard intermediate, Hill finished first at 2:08.02. Also in the 200 yard, Orange’s Roman finished second at 2:10.83, while Phillips came in third. Roman and Phillips also qualified for regionals.

Phillips also qualified for regionals in the 100 yard breastroke at 1:08.85.