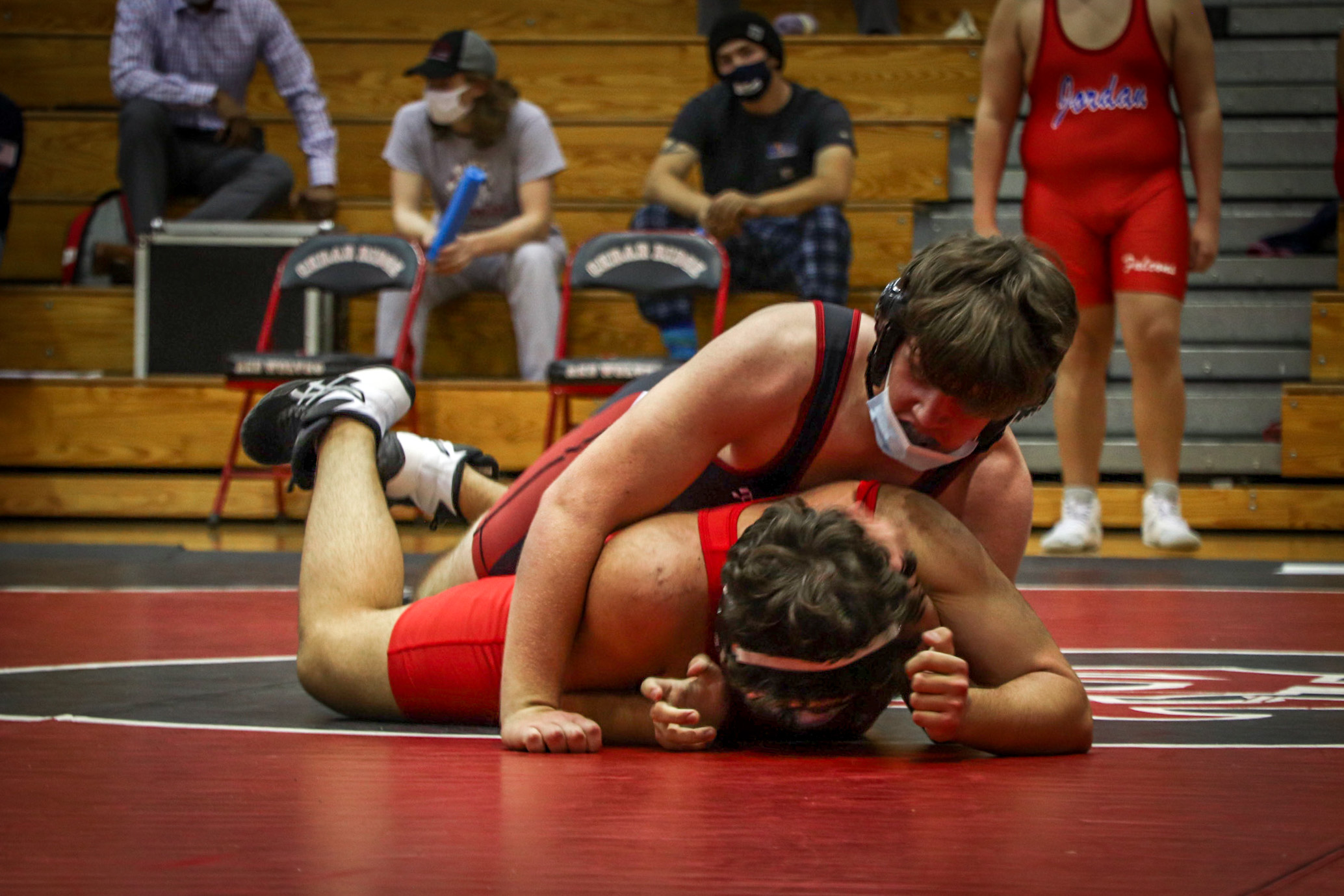 After the unorthodox wrestling season from last spring, Cedar Ridge wrestling coach Scott Metcalf had to find a way to replace two captains and a senior who qualified for the Mideast Regionals.

Instead of rebuilding, the Red Wolves may now have the deepest team in Metcalf’s tenure.

It was Cedar Ridge’s first match since the graduation of Daina Pritchard, an All-Big 8 Conference selection in 2021 who qualified for the 3A State Championships at 145 pounds and finished 24-4 last season. Another graduate, Kady Watkins, was the first female wrestler in Hillsborough history to compete for a state championship.

James Rosati-Brown, a starter at 152 pounds last spring, also graduated with a career record of 77-48.

“The only weight we’re missing right now is 106 (pounds),” Metcalf said. “We’re looking pretty stout. We have a lot of young guys. A lot of them wrestled in middle school so a lot of them have experience. They’re more talented as freshman than Daina and Kady were when they started when they first came in. These kids are a little more athletic and up on things.”

In the quad meet last Wednesday, Tatro had the fastest pin of the night when he defeated Jordan’s Jaylon Little-Moore in 18 seconds. Tatro pinned Panther Creek’s Mason Davis in 1:23.

O’Melia was one of several underclassmen who made an instant impact for the Red Wolves on opening night in the quad-meet, scoring three pins. He defeated Person’s Victor Rodriguez in 5:44, which officially wrapped up the dual match win for the Red Wolves. Later, O’Melia pinned Daniel Maxwell of Jordan in 1:38. Against Panther Creek, O’Melia got another pin over John Dube in 59 seconds.

The closet thing to a veteran on Cedar Ridge’s wrestling team is junior Fernando Martinez, who now has 60 career victories after finishing 4th at 120 pounds in the Red Wolves Invitational. Last week, Martinez pinned Noah Vo of Panther Creek in 1:07 and Angel Perez of Jordan in 1:20. He also earned a forfeit win over Person. Martinez was an All-Big 8 Conference selection last season, but fell short of qualifying for the state championships after receiving a tough draw in the regional championships.

At 126 pounds, Pierce Prescod won all three of his matches, two of them by pinball.

Ryan Rokouskas, the younger brother of former Cedar Ridge volleyball and softball player Marlee Rokouskas, scored two pins for Cedar Ridge in the quad match. He defeated Christopher Ceballos of Person in 1:10, then pinned Jack Bowser of Panther Creek in 1:03.