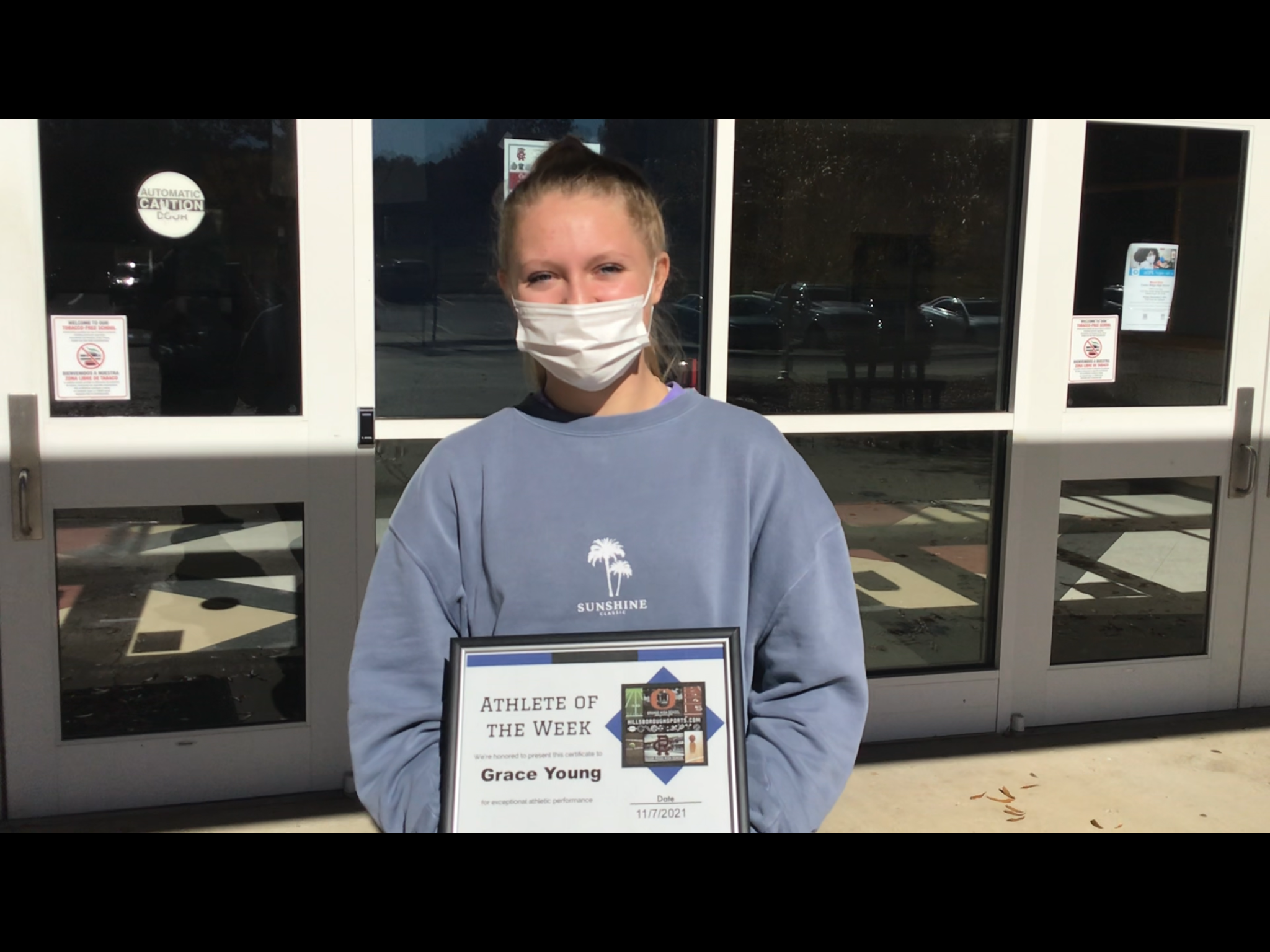 This week’s Cedar Ridge Red Wolf of the Week is junior libero Grace Young. The Red Wolves captured the 3A State Championship with a 3-1 win over North Iredell at Reynolds Coliseum on November 6. It was the Red Wolves first state championship in eight years in any sport. Young may have had the play of the game with a diving dig that sailed over the net and landed on the Raider end of the floor in the third set. It was one of Young’s 14 digs in the match, which led the team. Young also had an ace. This season, Young led Cedar Ride with 305 digs. Her high for the season was 24 against Western Alamance on September 14. The day after Cedar Ridge won the state championship, Young was right back on the court playing for the Chapel Hill Area Volleyball Club. Not only that, but last week Young started practicing for the upcoming women’s basketball season under new Cedar Ridge coach Megan Skouby, a former player at Iowa. Skouby was also an assistant coach for volleyball this season. Young and fellow volleyball starter Julie Altieri will suit up for the women’s basketball squad this season. This season, Cedar Ridge volleyball finished with a school-record 31 wins and the first state championship in team history. Young was a big reason why.