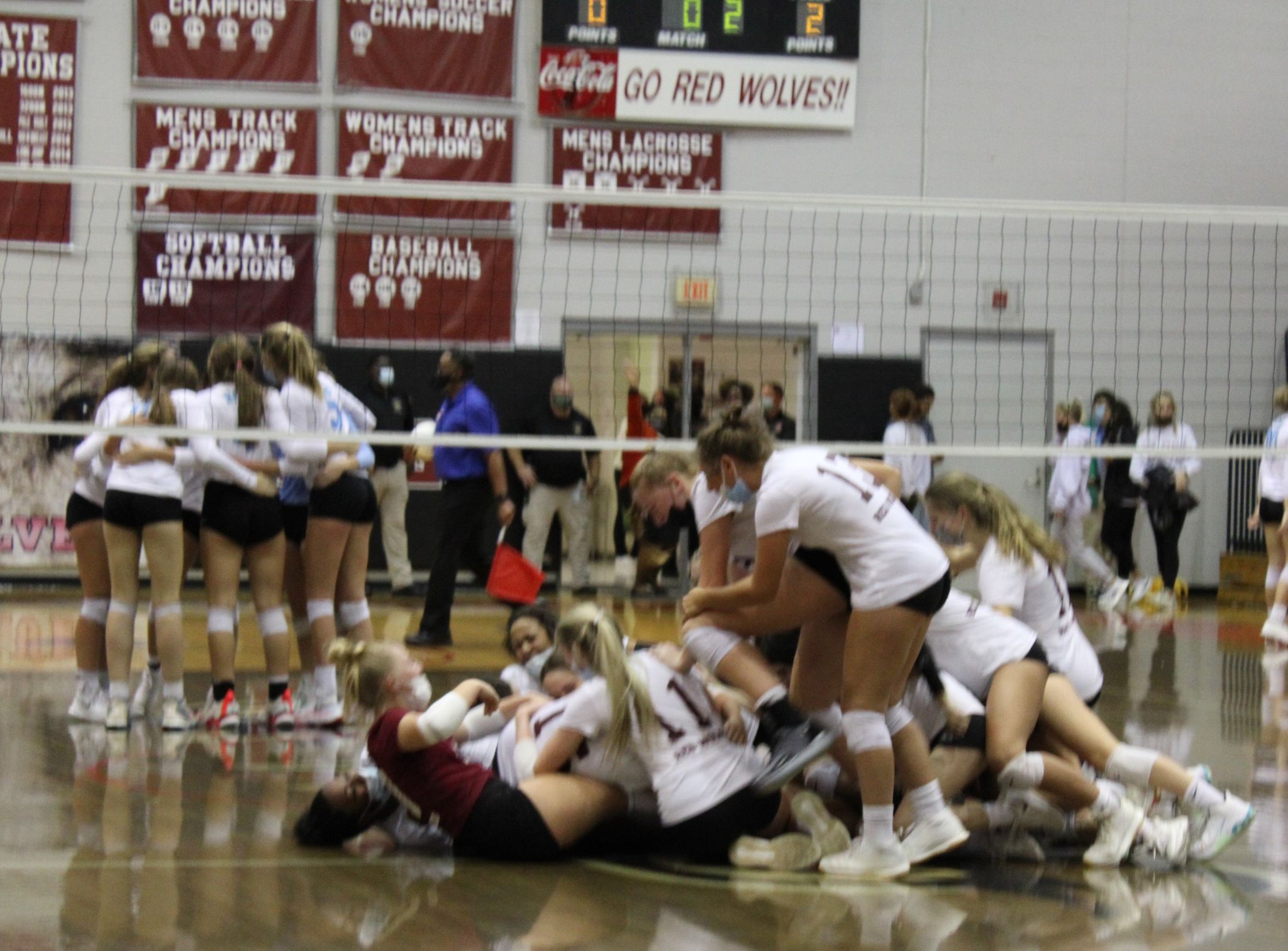 The Cedar Ridge volleyball team became the first team from Hillsborough to win the Eastern Regional Championship in any sport since the Orange softball team in 2017. Cedar Ridge will now go on to face North Iredell for the 3A State Championship in Raleigh at 1:30 inside Reynolds Coliseum. Its truly a special experience for everyone involved with Cedar Ridge High School, who have labored through many defections and disappointments over the last four years. The fact of the matter is that the state championship has always been the goal for this junior class of Cedar Ridge players since they started together as freshmen. Julie Altieri, Cameron Lloyd and Cameron Lanier started together as freshmen. During the pandemic of 2020, Fiona Cunningham became the Red Wolves head coach and led the Red Wolves to consecutive conference championships, the Central Carolina Conference Tournament championship and, now, the Eastern Regional Championship. Here are the radio highlights of Cedar Ridge’s win over J.H. Rose on Tuesday night. Listen in to our broadcast of Cedar Ridge-North Iredell on Saturday starting a 1:15 live from Reynolds Coliseum.