The Return of the Magnificent 7 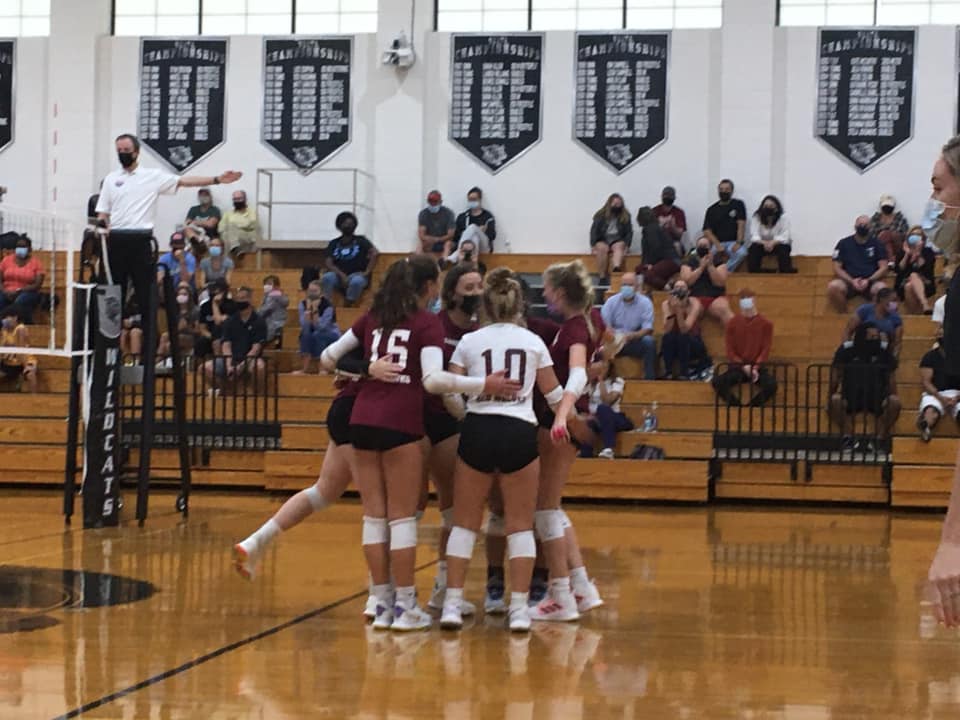 Ever get thrown off your routine? Have an interruption after setting your daily schedule by the weekday? By the hour?

Of course, you have. That’s been the theme of the past 21 months.

The pandemic has taken away time and tossed all of our collective schedules into the dumpster. Including this website.

In 2019-2020, there was a feature called the Magnificent 7 that honored seven athletes from Cedar Ridge and Orange High Schools for outstanding performances. Once the high school season finally got going last year, it was hard to compile a Magnificent 7 because the schedules were so thrown out of whack. There were games scheduled with less than 24 hours notice, games canceled with virtually no notice, and shutdowns where teams wouldn’t practice for days.

Things are slowly changing, but as you know, we’re far from out of the woods. On Tuesday, the Western Alamance football team had to reschedule a football game against Eastern Guilford because its previous opponent had a COVID outbreak. The Orange volleyball team will return to action after a COVID shutdown on Wednesday night against Southern Alamance in Graham.

Still, five varsity sports have started at Orange, with men’s and women’s cross country set to begin this weekend. At Cedar Ridge, there’s been a spectacular start for volleyball and women’s tennis, which are both undefeated. So it’s time to get back to the routine of the Magnificent 7. The best athletic performances through the opening two weeks of the season. We’ll do our best to diversify this list because some performers (Cameron Lloyd) are excelling game in and game out, we run the risk of being repetitive.

Cameron Lloyd: Seriously, the entire list could be comprised of Cedar Ridge volleyball players. After beating Person 3-0 on Tuesday night, the Red Wolves have opened the season by winning its first 18 sets. Lloyd leads the team in kills with 49 kills through the opening five matches. So far, her season-high is 16 in the victory over defending 3A State Champion D.H. Conley on August 20. Against Carrboro on August 25, Lloyd had 14 kills, two aces and four digs. Cameron was honored as the first Cedar Ridge Red Wolf of the Week last week.

Julie Altieri: What’s Ricky Morton without Robert Gibson (look up 1980s pro wrestling tag teams, young readers)? Altieri, a junior, is closing in on 1,000 career assists after the Red Wolves hot start. Altieri has started her junior season with her typical steady setting for Cedar Ridge volleyball. She had four aces in wins over Northern Durham and Riverside. She already has 115 assists in the Red Wolves first five matches. Altieri had 31 assists against D.H. Conley and 29 against Carrboro.

(Again, the list of Cedar Ridge volleyball players to honor could stretch beyond 2,000 words. More will be featured in this space in the weeks ahead.)

Ella Caltabiano: A freshman who didn’t start getting serious about tennis until two years ago, Caltabiano wound up winning the deciding tilt in her very first varsity match. Facing Voyager Academy, Caltabiano won her singles match at #4 singles. With the match even 4-4, Caltabiano teamed with Reagan Simmons to win at #3 doubles 8-3 and earn the victory for the Red Wolves. Caltabiano was this week’s Cedar Ridge Red Wolf of the Week.

Ella Van Tiem: Due to COVID-19, the Orange volleyball team has only had one match thus far. The Lady Panthers defeated Jordan 3-2 on August 20 in Durham. Van Tiem had a team-high 15 kills with 15 digs. It was a strong debut for a team that was sidelined shortly afterwards. Orange will return to action tonight at Southern Alamance.

Tea Jones: The Orange women’s tennis team has had to deal with the heat and long matches through the first two weeks. Jones, a senior, is 5-0 in singles action thus far. That includes two wins over Carrboro. On Monday night, Jones built a mystery over Sarah McLaughlin 4-6, 6-2, 10-6 as the Lady Panthers defeated the Warriors in its first-ever match in the Central Carolina Conference.

Carter Thompson: The Orange midfielder had a hat trick and an assist as the Panthers men’s soccer team defeated Henderson Collegiate 9-0 for its first win of the season at WakeMed Soccer Park in Cary on Saturday. Honorable mention to Tyler Mann, who also notched a hat trick for the Panthers.

Nathan Sorrells: The Orange football team came up short against Chapel Hill last Friday, but sophomore running back Nathan Sorrells had a breakthrough performance. He compiled 57 rushing yards, and had a 35-yard catch-and-run touchdown pass from quarterback Wynston Brown in the fourth quarter. Sorrells finished with 113 yards from scrimmage against the Tigers.