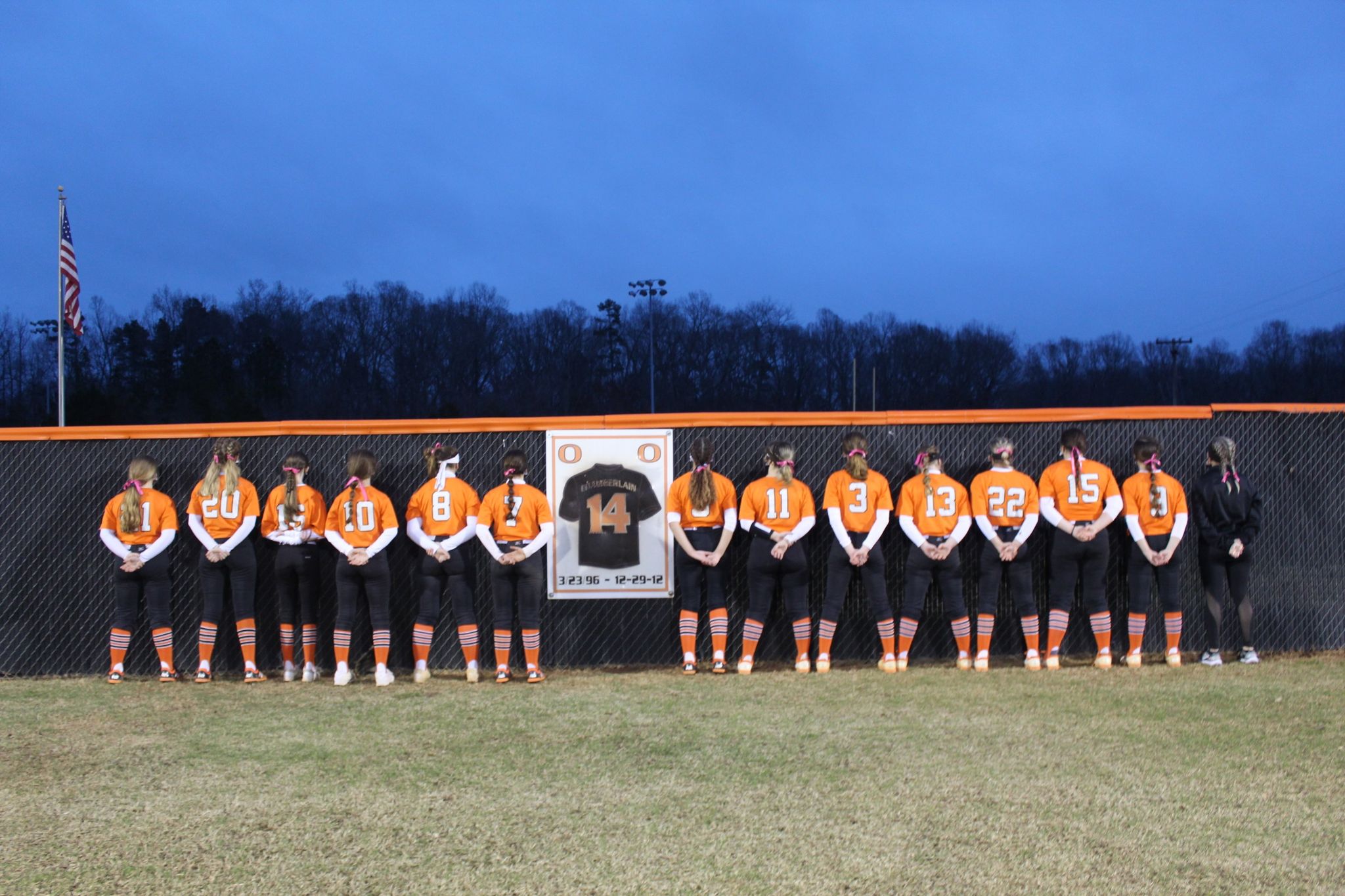 For the past five years, the Big 8 Softball Championship has resided in Hillsborough.

In 2016, Orange shared the title with Northwood. In 2017, Orange won the 3A State Championship behind the leadership of Mia Davidson and pitcher Christina Givens. In 2018, Cedar Ridge rode the arm of pitcher Rivers Andrews and league Hitter of the Year Tori Dalehite to the most successful season in school history, ending in the 3rd round of the playoffs. In 2019, Orange and Cedar Ridge shared the crown, but the Red Wolves won the final matchup at Orange to take the top-seed into the playoffs.

Only three games into 2021, nothing has been settled, but one thing is clear.

Orange is the team to beat.

The Lady Panthers started the season against possibly its three biggest challengers to the throne: East Chapel Hill, Cedar Ridge and Northwood.

None of the games went beyond five innings.

On Thursday, Orange (3-0, 3-0 in the Big 8) had its most impressive outing with a 18-0 win over previously undefeated Northwood (2-1, 2-1) at Orange Softball Field. The Lady Panthers scored 12 runs in the second inning to remove any drama. Sophomore Carson Bradsher went 4-for-4 with two doubles, four runs scored and three RBIs. Junior Mary Moss Wirt went 3-for-4 with a three-run homer in the fourth inning, ending a day that started with an exclamation point with another for good measure.

Orange’s start isn’t as much a new beginning for new coach Johnny Barefoot as much as it is the resumption of something that started two years ago across the other side of Orange’s campus.

Barefoot was the coach at Stanford Middle School in 2019, when Bradsher, Kelsey Tackett, Caden Robinson, Serenity McPherson, Savannah Wynne, Brianne Foster and Bree Harris all played for the Chargers. The Chargers romped through the Orange-Person Athletic Conference, going undefeated in the regular season and rolling past Culbreth Middle School in the OPAC title game in just three innings.

Barefoot, who was an assistant for Cedar Ridge for ten years, was set for another season to see if the Chargers could repeat. But the pandemic ended everything just one game into the season, and Barefoot thought his coaching days were over.

“The girls I knew at Stanford were already here,” Barefoot said. “I just made a comment one day that if the chance came open that I could come and take these girls and coach them through their high school years, I’d love to do it.”

Two weeks after Barefoot said that to a friend, Henry Horn retired as Orange softball coach. Barefoot was the most obvious replacement and Athletic Director Mike McCauley didn’t think twice.

Barefoot has a style that fits his team. There’s constant movement of baserunners. Bradsher, who had three steals against Cedar Ridge, scored Orange’s opening run against Northwood when she turned a single into a double on a standard grounder to left. She scored with a headfirst dive to the plate after a cue shot to the pitching circle by catcher Lauren Jackson was mishandled by the Northwood infield.

Most teams are only as good as its pitching, which may be where Orange is well ahead of its league rivals. Junior Gracie Walker earned her second win this season against Northwood. In the season-opener against East Chapel Hill, Walker struck out seven in three innings, and surrendered only two hits in three innings. On Thursday, Walker combined with Robinson and Courtney Watkins on a five-inning no-hitter. Northwood drew a two-out walk in the second inning. It was their only baserunner all day.

Tackett started Orange’s 12-run 2nd inning with a one-out liner to right field. That started a string of six straight Lady Panthers reaching safely. After McPherson was hit by a pitch, Bradsher plated Tackett with a double to the centerfield wall. Robinson cleared the bases with a two-run double that went over the left field’s head. With Jackson at bat, Robinson scored off a wild pitch. Wirt singled to left field and Wynne reached on a fielder’ choice where Bree Harris, running for Jackson, was thrown out at third. Wirt and Wynne each advanced a base on a double steal, leading to Wirt scoring off a bases-loaded walk by Walker. Tackett slapped a two-run single to right field. McPherson doubled to left center to bring in Delaney Shaffer (running for Walker) and Tackett. Bradsher then scored McPherson with a single, which was followed by Robinson’s inside-the-park homer.

Orange will travel to Chapel Hill on Tuesday night.