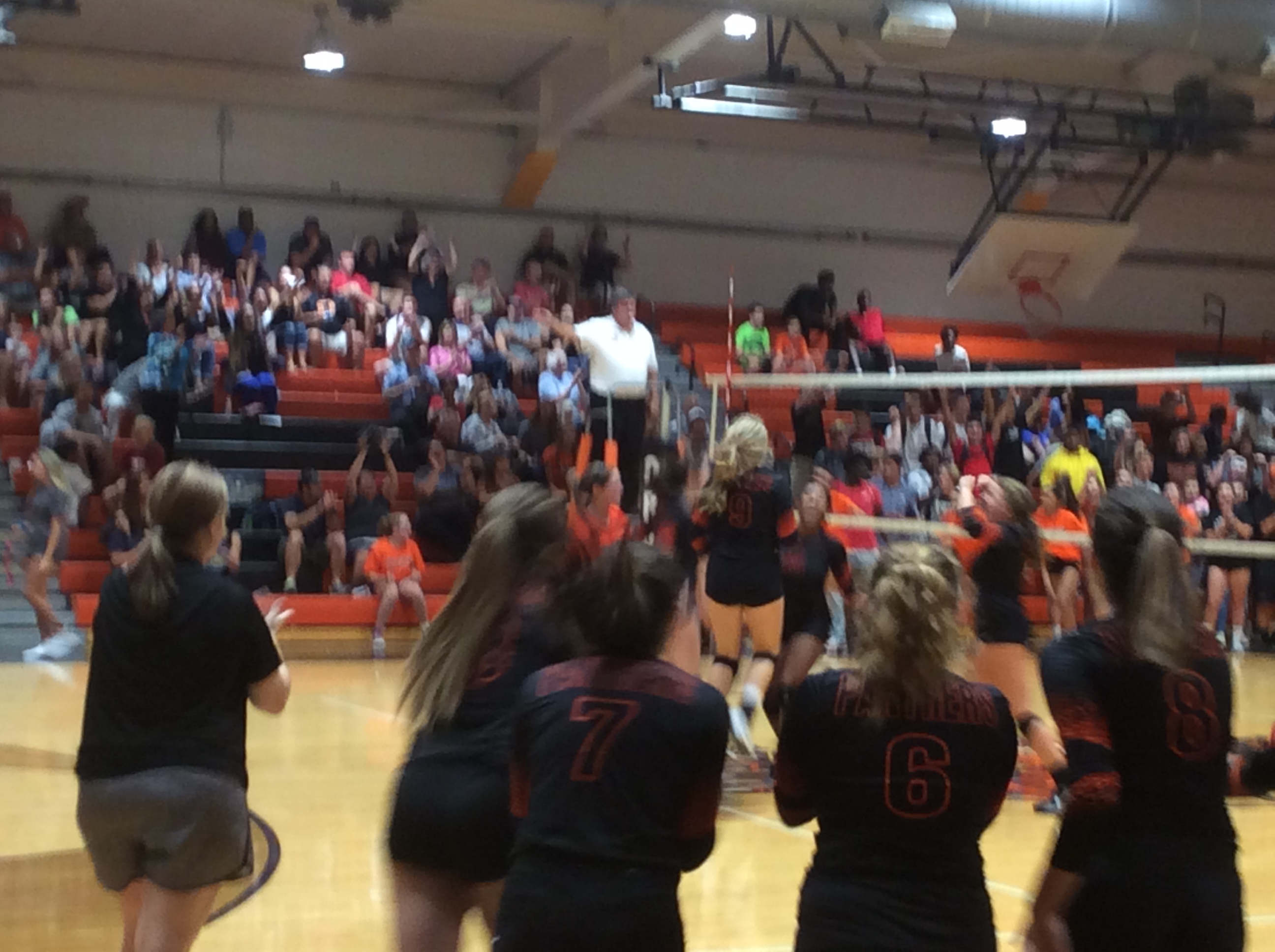 A year ago, those words were enough to send Orange fans rushing to the floor at Jim King Gymnasium, as it should have. It ended Cedar Ridge’s seven-game winning streak against the Panthers, a span of over four years.

On Thursday night, it was different. Of course, the crowd was larger than usual. That’s a given since two teams from Hillsborough are involved. But the circumstances were different this team.

For starters, Cedar Ridge wasn’t coming off a Big 8 conference championship like they were in 2015. That Red Wolves team played for the 3A Eastern Regional Championship.

Plus, there was a sense of finality for Orange last season. Seniors Jordan Lloyd, Mileah Shriner, Macy Hughes, Eva Porter, and Julia Lovingood  had gone their entire careers without beating Cedar Ridge. Last year’s match at Orange was their last chance.

This Orange team may be less experienced than last year, but they be more confident.

“I guess knowing Cedar Ridge’s record already from this season, we came in thinking we were the better team,” said Orange junior Liz LaNier. “They definitely put up a fight. They’ve definitely got some great girls on their team. In the end, I think we fought harder.”

It’s the first time since 2012 that Orange has claimed consecutive victories against their crosstown rivals.

The pivotal set in the match was the third, where Orange stormed out to a 7-1 lead on the strength of two kills by Avery Riley, each assisted by Faith Foushee. Cedar Ridge tied the set at 15-15, then took a 19-15 lead behind seven consecutive points while Kennedy Herold-Rhoe serving. Juliann De Jesus gave the Red Wolves the lead off a gorgeous sliding dig that cleared the net and found a empty spot on the Orange side. De Jesus added another point off a block, then followed with a kill assisted by Macy Henry.

“We have a lot of problem rollercoastering,” said LaNier. “We’ll have moments of greatness, but then a few dips where we get down on ourselves. We’re doing a lot better pulling ourselves out of that. At that point in the match, we knew we had to finish it out.”

In the fourth set, Orange jumped to a 10-5 lead behind three aces from Lucas. Orange pushed the advantage out to 24-14 before the Red Wolves fought back with six consecutive points to make the Panthers sweat a little. Compton scored the game-winning hit on match point.

“I guess it’s mostly communication with your setter,” said LaNier. “We have to figure out what play we’re going to run and if it’s different from the originally called play. You just have to go up knowing exactly what you’re going to do with it.”

Orange hosts Northwood next Tuesday in Hillsborough. Cedar Ridge will attempt to rebound when they welcome Northern Durham to Red Wolves Gymnasium. It will be the first-time ever that Northern Durham and Cedar Ridge have competed in a conference matchup in any sport.