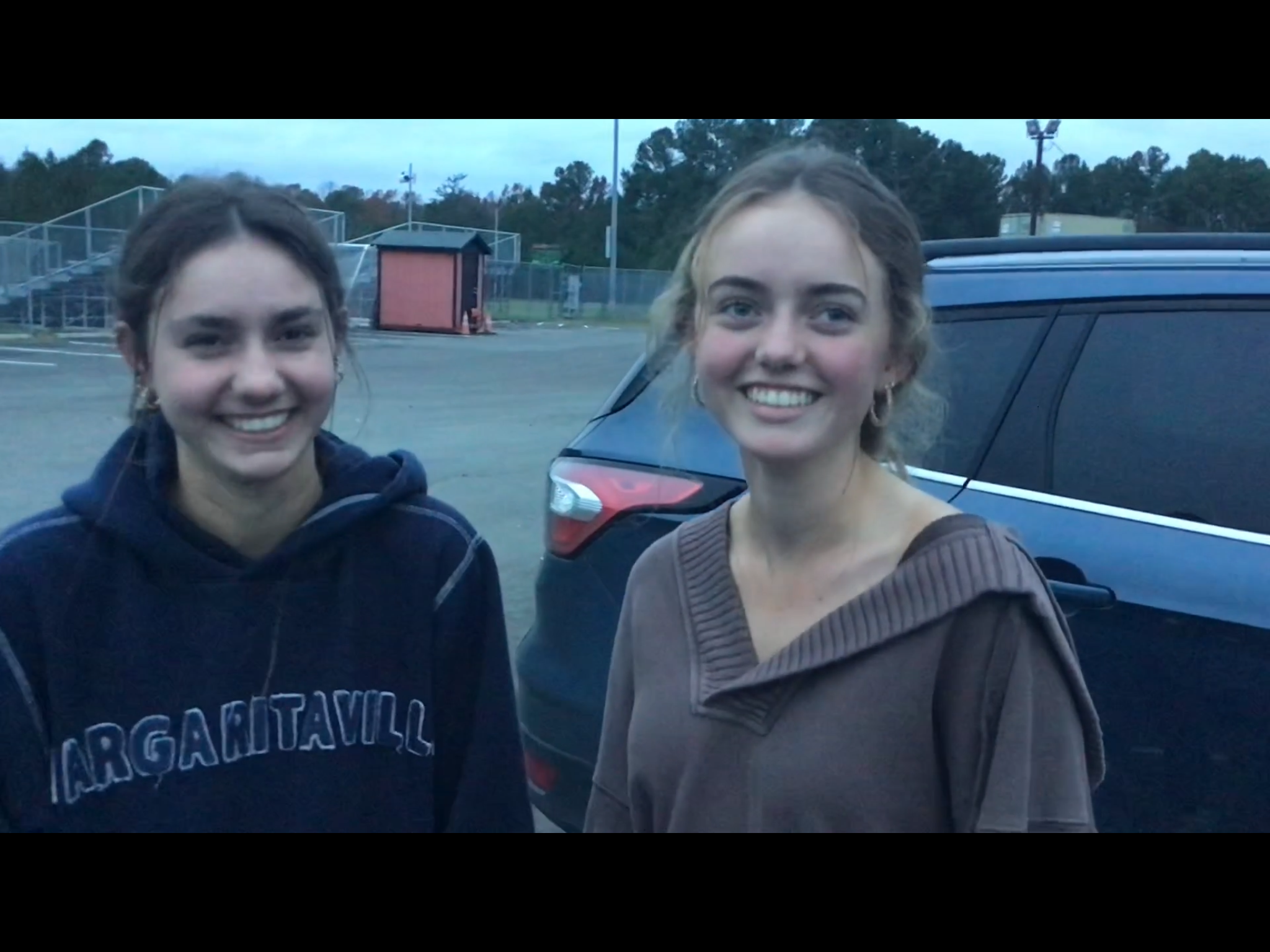 This week’s Orange Panther of the Week are Erin and Shannon Sollars. Erin and Shannon were a major part of the most successful tennis season in Orange High history, men’s or women’s. In 2022, Orange won a share of the Central Carolina Conference championship. It was the first conference championship in the sport of tennis in school history. Erin and Shannon Sollars were Orange’s top doubles team. Together, they won 19 matches, including reaching the finals of the 3A Mideast Regional doubles tournament. Erin and Shannon also teamed to defeat Abigail Brown & Jaden Wilson of Walter Williams 9-7 on September 27, which clinched a 5-4 win over Orange over the Bulldogs. That victory was the only conference loss for Williams this year. Erin and Shannon reached the 3A State Doubles tournament. In the opening round at the Burlington Tennis Center, they defeated Ellie Holtzman and Berkeley Geyer of Hickory 6-0, 6-2 to reach the state quarterfinals. This season, Erin Sollars had 27 overall victories, including 12 singles wins as the top singles player for Orange. Shannon Sollars finished with 29 victories, including 13 singles wins. Though Shannon and Erin were members of the varsity team in 2021, this was the first year they teamed together in doubles. It led to the best Orange tennis team in school history.