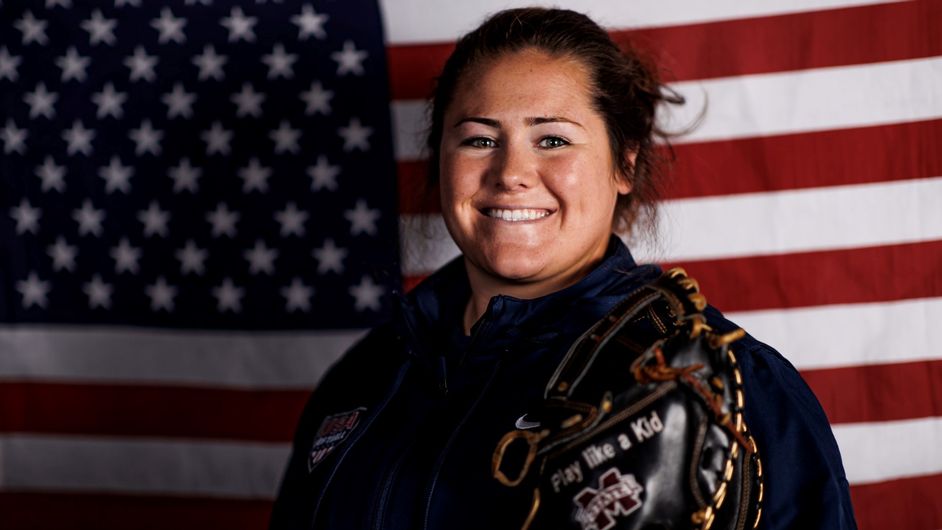 Mia Davidson-Smith: After her college career at Mississippi State ended last May, it seemed inevitable that Mia Davidson-Smith would play for the United States softball team in some capacity. Sure enough, Davidson-Smith was added to the United States squad for the World Baseball Softball Confederation Pan American Championship in Guatemala, where she was a member of a gold medal team. The Americans thoroughly dominated the event, winning eight of the nine games via the run rule. In the gold medal game, the U.S. defeated Canada 12-1 in four innings. Davidson-Smith hit .412 for the tournament with four extra base hits, including three home runs. She started all nine games either as a catcher, first baseman or a designated player. Davidson-Smith homered in a 13-1 win over Venezuela on November 13. She also scored three runs, drove in two runs, drew two walks and was hit by a pitch. The Americans won that game 19-3. The U.S. belted Costa Rica 20-0 on November 15, a game where Davidson-Smith homered and drove in four runs. In the gold medal game against Canada, Davidson-Smith singled, drove in a run off a sacrifice fly and walked. The U.S. is one of 18 teams now qualified for group play for the 2024 Women’s Softball World Cup in Italy. Group play will start next year in Italy, Ireland and Spain. Of those 18 teams, eight will qualify for the 2024 World Cup in Italy.

Aaliyah Harris: After graduating in June, Harris made her college debut for the Division III Randolph-Macon women’s basketball team in a 57-54 win over Notre Dame of Maryland in Baltimore on November 16. Harris came off the bench to play two minutes and had one steal. Randolph-Macon is 2-3 and will face Virginia Wesleyan on November 30.

Braden Homsey: The Division III Ferrum wrestling team competed in the Star City Classic in Salem, Virginia on Sunday. Homsey, competing at 197 pounds, went 2-1 on the day. Homsey scored a technical fall over Mac Hirsh of Huntingdon 19-3. The Panthers went on to win the dual match 35-9. In the final dual match of the day, Homsey pinned Zachary Watson of Thomas More in 1:21. Thomas More defeated Ferrum in the dual match 32-21. Ferrum opened the tri-match against Division II Mount Olive. Jonathan Clark of Mount Olive pinned Homsey in 1:47. On the season, Ferrum is 4-2.