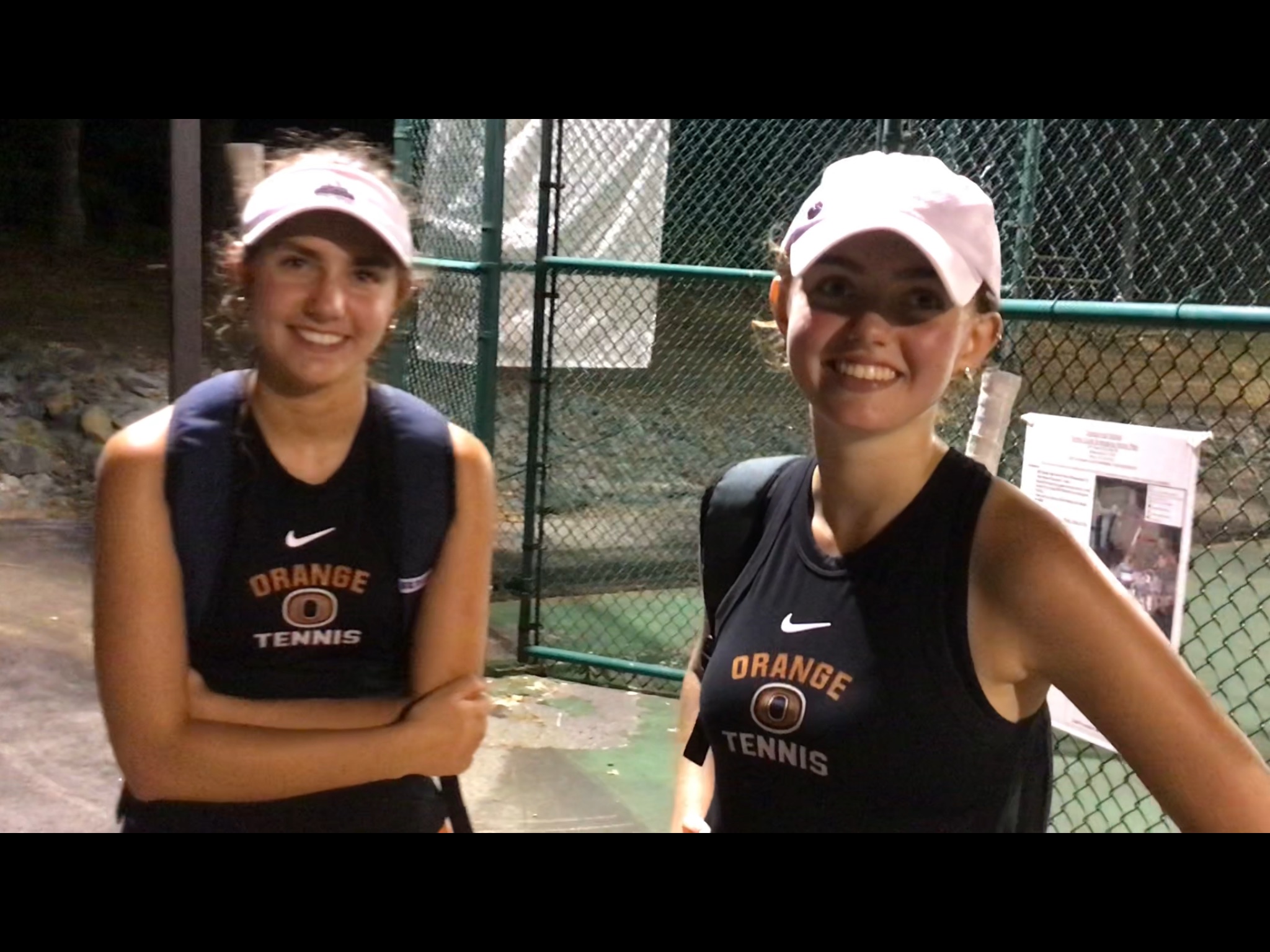 Women’s tennis: Orange 9, J.F. Webb 0 (Thursday): The Orange women’s tennis team improved to 12-2 with a 9-0 victory over the Warriors on Thursday at Orange High Tennis Courts. Last year, the Lady Panthers set what is believed to be a school record with 16 team wins, including a victory in the 3A State Dual Team Playoffs over Wilson Fike.

The current edition of the Lady Panthers still has six regular season matches remaining, including a crucial match against Williams on Monday. The Bulldogs hold a one-game lead over Orange for first place in the Central Carolina Conference.

In Thursday’s nonconfernece match against J.F. Webb, many first-time starters had a chance to show their talent. Senior Isabel Jones, a regular stater, was slotted at #1 singles for the first time and won 8-0. Another senior, Madelyn Horn, won at #2 8-0. Grace Allred got a start at #3 singles to win her match. Aubrey Petrosanu won at #4 singles 8-2. At #5 singles, freshman Nora Plummer captured her match 5-3. Another freshman, Lindsey Woodell completed the sweep at singles with an 8-0 victory.

Makayla Davis and Katelyn Van Mater teamed at #1 doubles to win 8-0. Horn and Allred won at #2 doubles 8-0. Petrosanu and Woodell won at #3 doubles to finish the sweep 8-0.

Sophomore Shannon Sollars, seniors Isabel Jones, Sydney Rogers and Madelyn Horn each had two wins on the day. Sollars won her singles match over Saran McLaughlin 6-1, 6-2. At #1 doubles, Sollars teamed with her older sister, Erin, to win 8-2. Shannon Sollars has 18 overall wins this season, including a 9-3 record in singles.

Horn, at #6 singles, prevailed when her opponent retired after the first set, which Horn won 6-0. Horn joined Katelyn Van Mater to win 8-0 at #3 doubles.

Cedar Ridge 9, Person 0: In its only match of this week, the Cedar Ridge women’s tennis team rolled past Person at Red Wolves Tennis Courts. #1 singles player Adeline Cummings, a sophomore, won her match at #1 singles 6-0, 6-0. Cameron Mayhew won at #2 singles 6-0, 6-1.

At #3 doubles, Molly Alvesson and Addie Payne won at #3 doubles 8-0. The Red Wolves are now 7-5, 5-2 in the Central Carolina Conference. The Red Wolves remain in contention for a wildcard spot for the 3A State Dual Team Playoffs.

The top local finisher was Orange’s Samantha Durham, who finished with a 54. Durham finished tied for ninth overall on the day.

The overall winner was Eastern Alamance’s Emily Matthew, who shot a 33 in nine holes. Western Alamance’s Mary Allen Massey was in second with a 37. Northwood’s Lily Jordan carded a 40.

The Lady Panthers’ Shannon Dorsi finished with a 55. Orange’s Shannon Murphy had a 56. Kayla Pope carded a 67 while Orange’s Rylie Digiliramo had a 67.

Victoria Matthew led Cedar Ridge with a 67. The Red Wolves’ Alice Ann Kohler and Emily Worthy each finished with a 71.