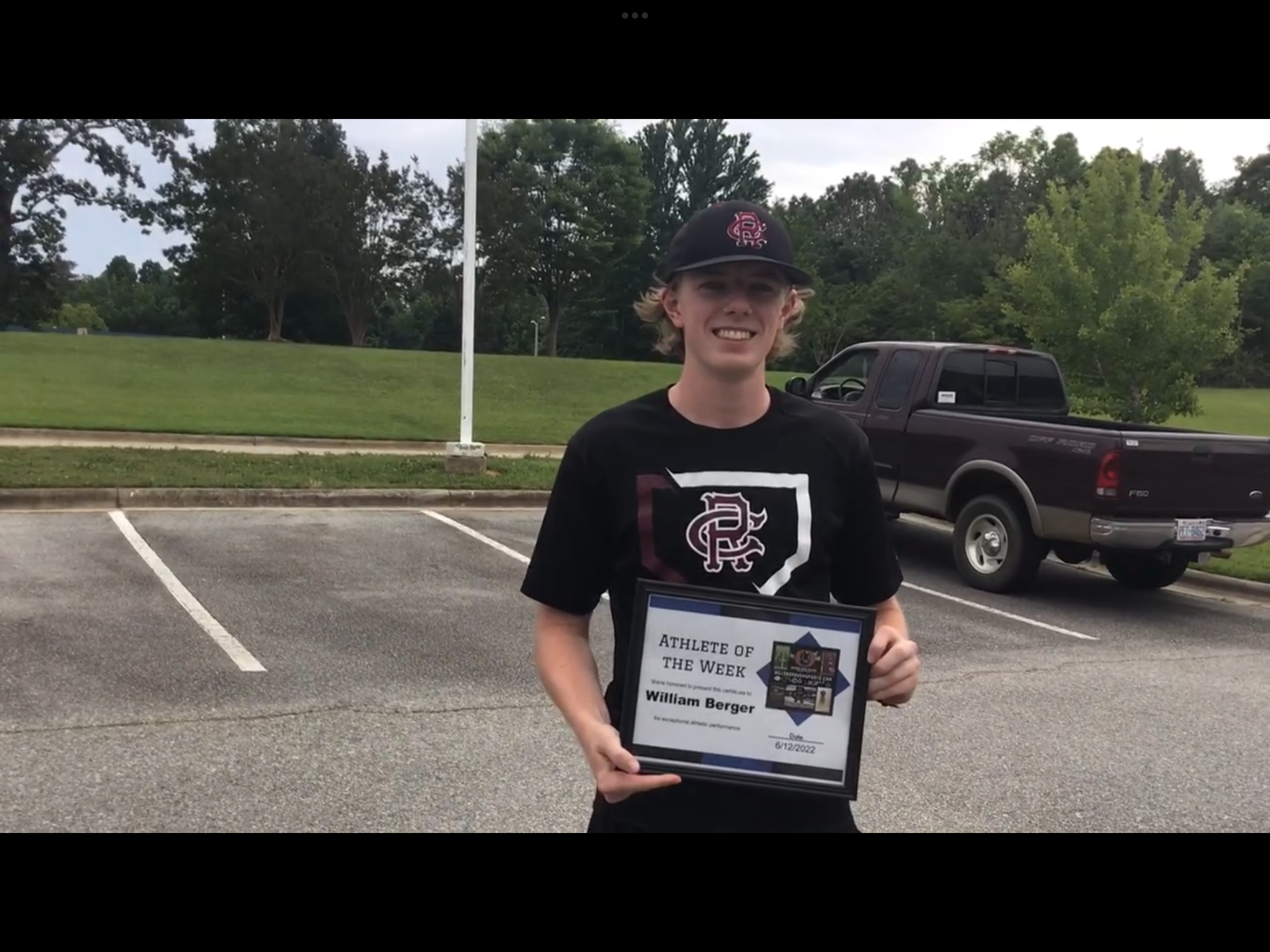 This week’s Cedar Ridge Red Wolf of the Week is senior runner William Berger. Last month, Berger ended his career with the Red Wolves as a three-sport athlete. This season, he ran indoor and outdoor track. He started his career as a baseball pitcher, where he played alongside his older brother, Phillip Berger. Will was also a quarterback on the football team. In Cedar Ridge’s opening home outdoor track & field meet this season at Red Wolves Stadium, Berger won the 400 meter dash against ten other competitors against Northwood and Western Alamance. Berger also spent the winter competing in the 500 meter dash for Cedar Ridge indoor track. As a junior, Berger appeared in eight games for the Cedar Ridge baseball team. Two weeks ago, Berger graduated from Cedar Ridge at the Smith Center in Chapel Hill. He aims to continue his track & field career at Wofford University in Spartanburg, South Carolina, where he will start taking classes in August.