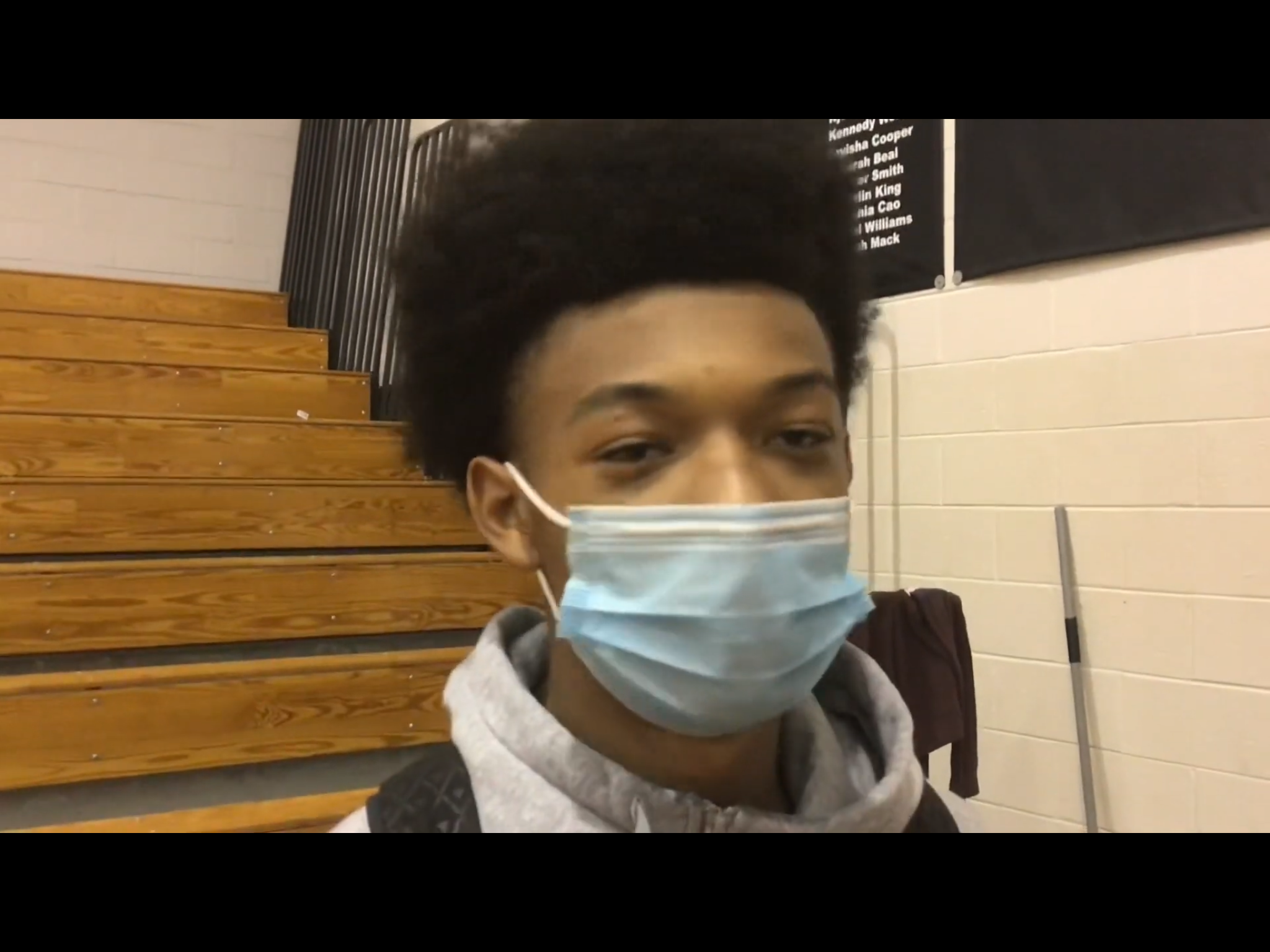 For two months, the Cedar Ridge men’s basketball team has had plenty of chances to earn its first Central Carolina Conference win, only to suffer agonizing close losses.

On Tuesday night, the Red Wolves led Eastern Alamance by 13 points in the third quarter, only to have the Eagles go on a 15-4 run to even the game. Eastern eventually prevailed 66-64.

Finally on Friday night, it was the Red Wolves time to shine, Kamil Harrison in particular.

Harrison scored on a finger roll with :3.1 seconds remaining to propel the Red Wolves past Western Alamance 55-53 on Friday night at Red Wolves Gymnasium. It was Harrison’s only field goal of the second half.

Junior Colton Taylor led the Red Wolves with 21 points, while Neco Clark added 14 points and seven rebounds. Western Alamance (9-8, 5-3 in the Central Carolina Conference) was led by Davone Wagoner, who finished with 17 points and ten rebounds.

The victory snapped a nine-game conference losing streak for the Red Wolves (4-11, 1-8).
It appeared the Red Wolves would suffer another heartbreak in the final minutes. Cedar Ridge led 48-39 with 4:00 remaining after a stickleback bucket by Clark. Western responded with a 12-3 run in a span of 2:48, led by Kristopher Barnwell, who finished with 16 points. Barnwell scored eight points during the run, which led to Wagoner tying the game following a free throw with 1:12 remaining.

With the game even at 51-51, Clark hit two free throws to put Cedar Ridge ahead 53-51. On the Warriors subsequent possession, Barnwell missed a 15-footer, but rebounded his own miss and scored off the glass to tie the game.

Coming off a Western timeout, Harrison took an inbounds pass from Taylor, dribbled around a screen set by Rawling Taylor, cut down the paint and scored on a lay-in to send the Red Wolves bench into jubilation.

It was Cedar Ridge’s first win since December 13, when they defeated Raleigh Charter.

The Red Wolves won despite being outrebounded 39-20. The Warriors also had 16 turnovers compared to nine for the Red Wolves. Western Alamance was also 12-of-23 from the free throw line, while Cedar Ridge was 15-of-19.

Western Alamance never trailed in the first half. They started the game on a 12-5 run, keyed by consecutive 3-pointers with King Dorsey, which finished with ten points. The Red Wolves had only one rebound in the opening quarter.

With Western leading 24-15 at the half, Cedar Ridge opened the second half on a 14-2 run, keyed by Colton Taylor. Harrison found Taylor in transition for a lay-in, which led to a foul against Western’s Nick McGhee. Taylor made the free throw, then knocked down a jumper on the next possession. After two free throws by Harrison, Taylor knocked down a 3-pointer off an assist from Harrison. Garrett Ray gave Cedar Ridge its first lead with 4:30 remaining in the third quarter off a reverse lay-in on another fast break keyed by an outlet pass by Clark.

Jonavan Wingate put the Red Wolves ahead 40-31 at the end of the 3-pointer off an assist from Cameron Harper, but Western’s Wagoner drained a trey at the third quarter buzzer.

Unlike Cedar Ridge, Orange did not end its conference losing streak on Friday night, but the Panthers let Central Carolina Conference leader Northwood know they were there.

Following a dismal 80-57 loss to Eastern Alamance in Mebane on Wednesday night, Orange led 42-41 against Northwood with 5:38 remaining in the third quarter following two free throws by Michael Clark. Griffin Hobbs scored on a lay-in to put the Chargers ahead 43-42, and the Panthers ran out of gas in the fourth quarter as Northwood pulled away to win 78-62 at Panther Gymnasium.

Clark, making his first start for Orange, injected energy into the Panthers with 12 points in the first quarter. Clark finished as the Panthers’ leading scorer with 17 points, while Jerec Thompson added 16.

Orange led by as much as six points in the first half, but the taller and deeper Chargers put all five of its starters in double figures to improve to 10-0 in the Central Carolina Conference.

Northwood has won 16 in a row against conference opponents, dating back to last year in the final days of the Big 8 Conference.